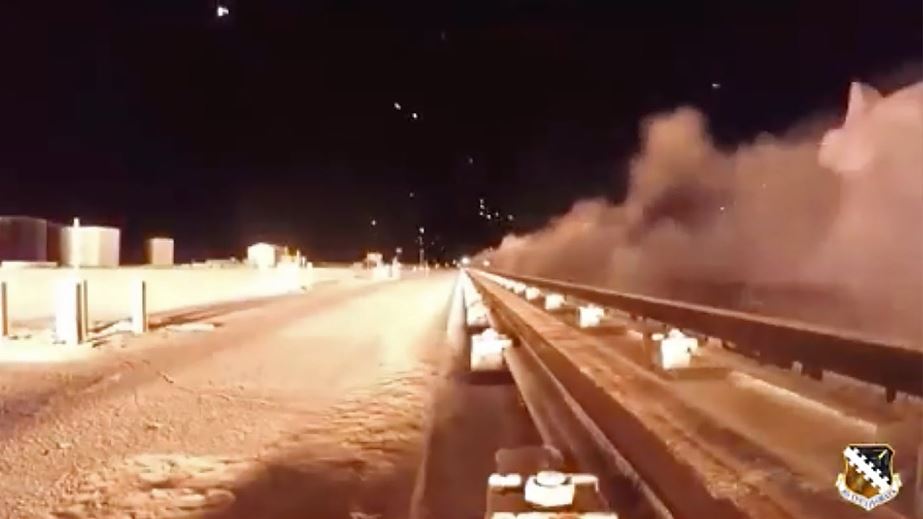 Something you probably have never seen before is an object rocketing along a set of tracks at 6,599 miles per hour, or right around Mach 8.6. No, I did not screw those metrics up, the video below shows a test being conducted on an object that is moving far beyond the threshold of hypersonic speed (Mach 5) just a few feet over the desert floor near Alamagordo, New Mexico.

Make sure your audio is on for this, the sound alone is worth the click:

This sled is traveling at 6,599 mph (Mach 8.6) in the video and was several miles away from the camera when it began. So it's covering over a mile roughly every second. #hypersonic #forthewarfighter #whatwasthat #goingintotheweekendlike

So, what on earth could they be testing at those speeds on the rocket sled track?

Well, pretty much any component that has to work while accelerating to and travelling at hypersonic speeds. And this is a very big deal these days as the Pentagon is clawing to get its hands on basically any Hypersonic weaponry it can.

Sensitive guidance and control systems will have to be able to survive heavy acceleration forces and high thermal stresses in order to make America’s hypersonic dreams a reality.

Coatings and construction materials also need to be put to the test before a heavy investment into flight-testing prototypes is made. And this is on top of other scientific high-speed research that is ongoing at any given time at Holloman’s High-Speed test Track. So, with that in mind, it isn’t hard to understand why the ten-mile long, world-record-setting installation has become extremely important as of late.

The general high-speed track concept has a super entertaining and colorful history, with everything from warheads to ejection seats being tested on rocket and jet sleds over the decades.

But in the early 2000s, Holloman’s High-Speed Test Track got totally remodeled for a hypersonic era—one that is now just about to dawn in an operational manner.

So yeah, that clip is the fastest thing you will ever see from a close-up vantage point. It sort of makes everything from an F-15 to a Bugatti Supercar seem more like the tortoise than the hare, doesn’t it? It’s also a reminder of why hypersonic weapons are so sought after. Imagine trying to defend against something moving that fast!