In recent years Russia has gained extensive combat experience using small and tactical drones, particularly in Syria, on reconnaissance, target acquisition, and battle damage assessment. With a growing emphasis on reconnaissance and aerial operations, Russia has increased the role of UAS in the conflict in Crimea and Ukraine and the Syrian war. Since the beginning of operations in Syria, some 70 Russian drones are operating in the country have accumulated 140,000 flight hours in 23,000 sorties.

Orion-2 – KT also developed a larger version, known as Orion-2, designed to operate at higher altitudes (40,000 ft). This version will have an MTOW of 5,000 kg carrying a one-ton payload at a speed of 350 km/h. Orion-2 will be able to fly missions exceeding 24 hours, or 5,000 kilometers range using a satellite communications terminal. KT displayed a full-scale model of Orion-2 at MAKS 2019, the company expects to fly the prototype in 2020-2021. According to company officials, most of the airframe and wings of Orion-E and Orion-2 are made composites, both structural and skin elements.

The model displayed at MAKS2019 shows a typical MALE platform powered by a single-engine. A twin-boom design coupled with an inverted V tail, clearing the necessary space for a six-swept-tip blade propeller. The large dorsal air intake and the propeller details indicate the use of a turboprop. The turboprop performs better at high altitude and is believed to offer a better economy, reaching cruising altitude and maybe when descend and ascending several times on a mission.

Korsar – a new platform developed from tactical missions as a weaponized combat drone. At a 200 KG MTOW, the drone has a wing-span of 6.5 meters and an inverted V-tail. It is designed for operation at medium-low altitude at a range of 120 km. Korsar is designed to carry several payloads (EO/IR, electronic combat) and weapons on missions of up to 10 hours.

Frigate – The Kronstadt group has also developed an innovative tilt-rotor drone powered by two propfan units that provide vertical lift for takeoff and landing and transition to forward flight at higher altitude. Dubbed ‘Frigate’ the design also combines the wing and inverted V-tail to form a unique bi-plane configuration that adapts well to the convertible rotor.

Altius – Since 2011 Sokol (Simonov design bureau) has built three prototypes of the Altius heavy HALE drone also designed for up to 5 to 7-ton MTOW. Operating at an altitude of 40,000 ft (12,000 m) and mission range of 10,000 km. Altius has a high-wing solution with a 28.5-meter span and a V-shaped tail. With the conclusion of the evaluation program, Altius could enter the prototype stage by early 2020.

Forpost M – an improved version of Forpost, has an improved EO/IR payload and the capability to carry a maritime and ground surveillance radar, improving the drone’s all-weather capability in maritime and coastal surveillance. Forpost M maintains the wing-span of 8.50 meters but adds two hardpoints supporting weapon carrying of small guided munitions. 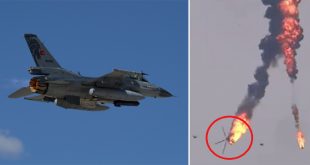