On 18 november 2018 A c-130 Hercules of Royal Malaysian Air Force (Registration  number M30-14 ) did a belly landing at  Labuan airbase .The aircraft was  from the 20th Squadron and it was on a temporary detachment to the Labuan air base

Soon after the takeoff  aircraft experienced landing gear problems and was forced to land without its gear. The aircraft circled for six hours to burn fuel before making the emergency landing”

Belly landing was a textbook landing as you can see in videos . The plane didn’t catch fire . The pilot and crew on board were unhurt

The aircraft Tail number is 14 and its  among the five white tail H30 variant Hercules purchased in 1993, delivered in 1995 from Lockheed Martin.

The Hercules safety record in Royal Malaysian Air Forc  service has been exemplary so far with only a single aircraft written off. Tail number 03 was written off after it skidded from the runway while landing at Sibu airport on Aug. 25.1990. 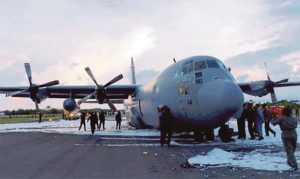 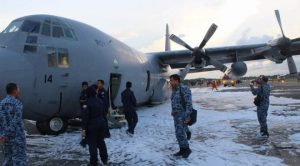 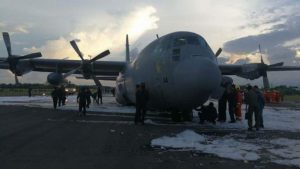