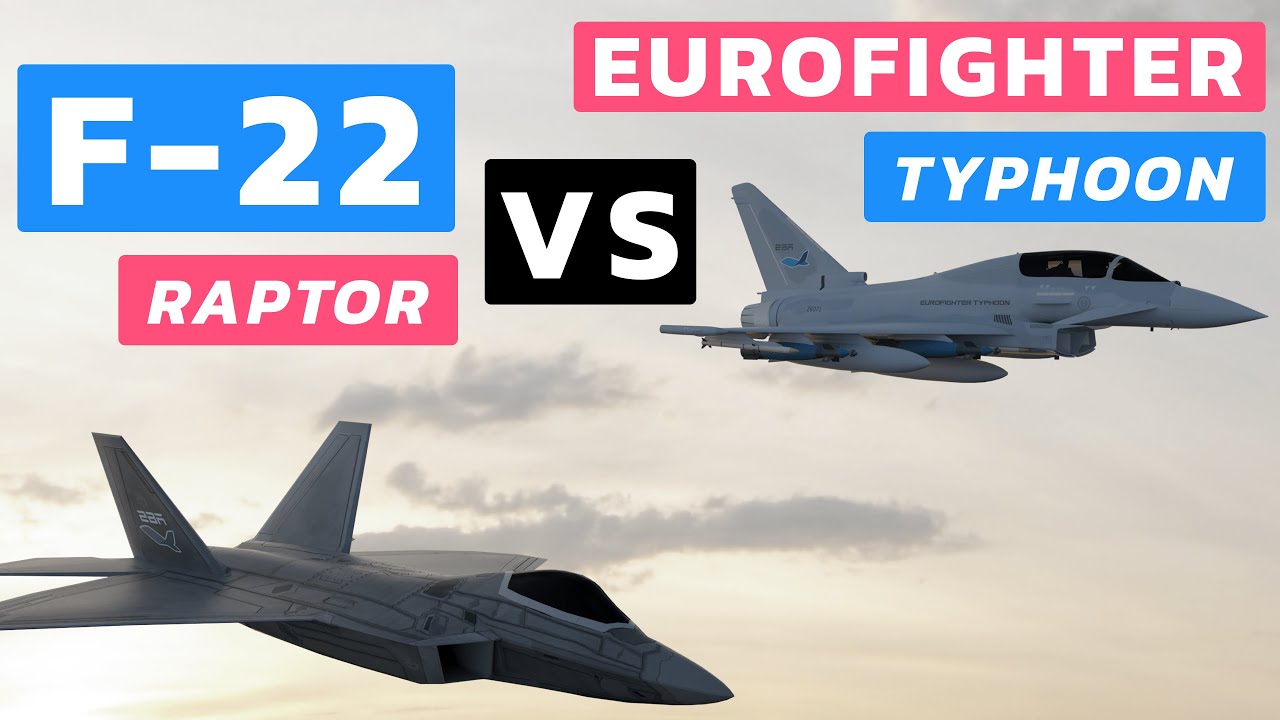 The Lockheed Martin F-22 Raptor has for long been claimed to be the best air superiority fighter ever built. Raptor is an extremely good fighter, but every fighter has flaws that others can take advantage of, one fighter which is capable of using the F-22’s weakness is the German Eurofighter Typhoon.

The Eurofighter Typhoon is a 4.5 generation multirole fighter which was introduced in 2003 by its creators BAE Systems, Airbus Group and Alenia Aermacchi where it showed off a delta wing setup with canards and a brand new twin engine.

The reason for it not to be a generation 5 fighter is the fact that it does not have stealth properties. But what it does have which it was very new with when it came is its P.I.R.A.T.E – IRST (InfraRedSearchandTrack) system.

This means that the Typhoon can still shoot its advanced IR-tracking missiles at a target, even though its enemy has stealth features.

The F-22 Raptor is a Stealth featuring fifth generation fighter built by Lockheed Martin and first presented by the United States’ Air Force in 1997.

It does not feature an IRST system but instead puts its faith in the fact that no other fighter (except for F-35) has stealth yet and therefore it only needs normal radar.

It also features its unique Thrust Vectoring which gives the pilot the possibility to change the direction of the exhausts. This gives the Raptor really good turning-capabilities.