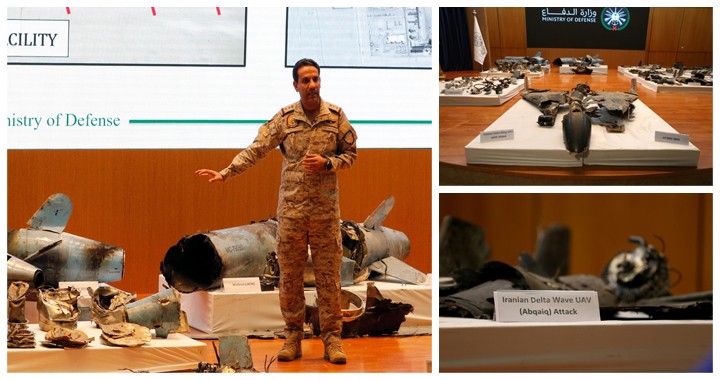 Saudi Arabia has offered the first look at evidence it said it had collected after the unprecedented strikes on the Abqaiq oil processing facility and the Khurais oil field this past weekend, which Yemen’s Houthi rebels have claimed responsibility for.

Saudi authorities said that missiles and suicide drones employed proved Iran had sponsored the attacks and that the weapons could not have flown to their targets from Yemen, views that the United States shares. However, Riyadh stopped short of blaming any particular party and significant questions remain as to the actual point of origin of the strikes.

“The attack was launched from the north and unquestionably sponsored by Iran,” al-Malki said. “The evidence … that you have seen in front of you makes this undeniable.”

“The Iranian regime and the IRGC [Islamic Revolutionary Guard Corps], they are trying to hide any evidence” of involvement, he said. “We do have a lot of evidence against the IRGC and we will provide it to the United Nations and through the right channel according to the international law.”

Col. al-Malki said that Saudi Arabia is sure that the attack was not launched from Yemen, claiming that the unmanned aerial vehicles (UAVs) and missiles operated by the Houthis can’t reach Abqaiq and Khurais in the eastern part of the Kingdom. 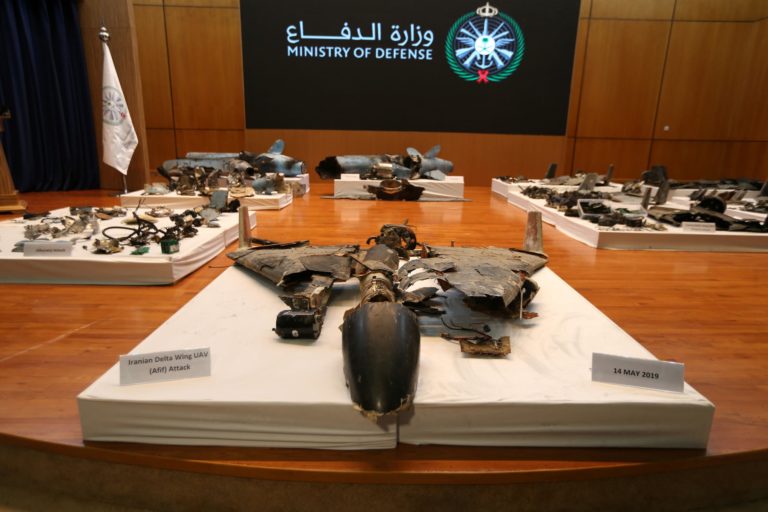 According to the spokesman, eighteen UAVs and seven cruise missiles were used in the attack. All of them came from the northern direction and not from the direction of Yemen. 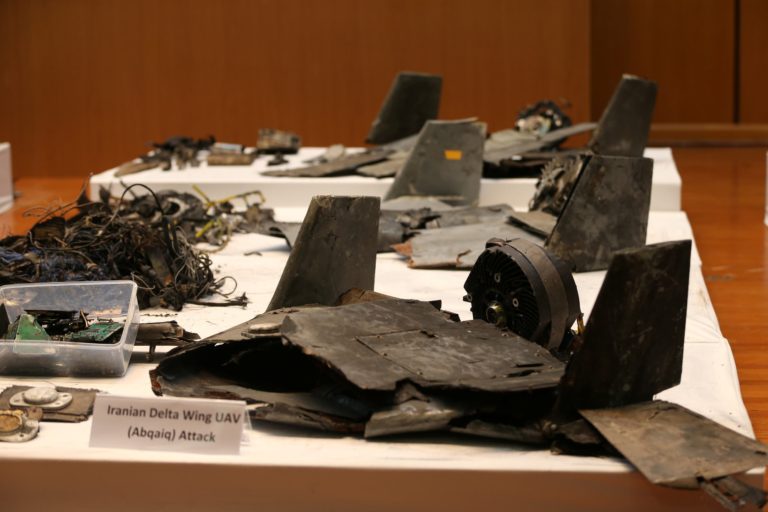 During the conference, the ministry showcased the wreckage of seven delta-wing UAVs and two cruise missiles used in the attacks. 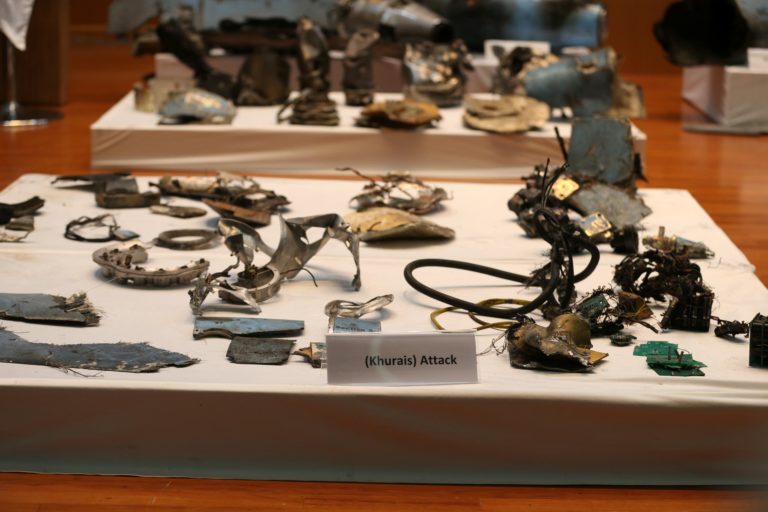 While the missiles were identified as Iranian-made Ya-Ali cruise missiles by the Saudi MoD, experts claimed that they are identical to the Houthis’ Qudis-1 missile. As for the UAVs, their type was not determined. However, Col. al-Malki noted that similar UAVs were showcased in Iran before. 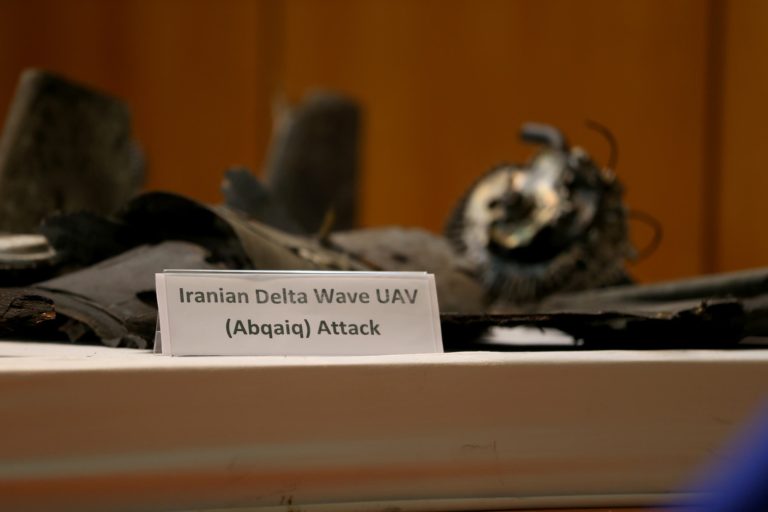 In the last few days, many senior U.S. officials claimed that the attack was launched from Iran territory. A claim that the Saudi MoD declined to confirm.

Houthi rebels in Yemen have claimed responsibility for the attack.

The Houthis are a Shia rebel group backed by Iran, which helped overthrow the Yemeni government in 2015. They have been fighting against Saudi-backed forces in Yemen for the past four years, causing the world’s worst humanitarian crisis, according to the UN. The US has supported Saudi’s campaign with intelligence and logistics, including US-made bombs.

Al-Malki stopped short of saying that the missiles were launched by the Iranian government, but says that the evidence affirms Iran’s involvement.

The attack on Aramco’s facilities in Abqaiq and Khurais damaged Saudi Arabia’s oil sector. The Kingdom was forced to lower its oil exports for several days, which led to a temporary spike in oil prices.