The U.S. Air Force’s McKinley Climatic Laboratory at Elgin Air Force Base in Florida is one of those places where you can literally create ice storms and sandstorms to test the durability of aircraft

The U.S. Air Force 46th Test Wing’s McKinley’s Climatic Laboratory at the Eglin Air Force Base, Florida can create almost every kind of severe weather conditions from a blizzard blowing snow, freezing rain, and desert heat to humid heat, salt fog, and sand storms. Temperatures in this giant laboratory can range from minus 105 degrees to 165 degrees.

The Climatic Lab, which began testing in 1947, is the largest climate testing facility in the world, a real torture chamber for airplanes.

During heat tests, lamps mimic a 24-hour solar cycle. To make a deep freeze, the chamber acts like a giant AC, reaching lows of -40°F.

The 55,000-square foot lab is used by the Air Force, other U.S. and foreign agencies, as well as private companies including Google, Ford, Airbus and others.

Using the lab isn’t cheap. A day of testing in the main chamber costs between $10k-25k. The monthly electric bill is between $100k-200k, but it’s better than the alternative, chasing bad weather and hoping for the best.

In total, the lab boasts six testing chambers that can simulate conditions from -80 to 170 degrees Fahrenheit, rainfall as great as 15”/hour, winds as high as 70 miles/hour and elevations as great as 80,000’. These chambers can also simulate ice, snow and sand storms – transitioning from a variety of conditions in a matter of hours.

Also, different aircraft operations can be performed there, like running the aircraft under extreme thermal loads to test environmental control systems and cooling capacities.

As you can imagine, the building is engineered in as extreme a manner as the tests it conducts. This includes a floor composed of 25’ wide, 12” thick cement slabs, walls and doors insulated with 13” of glass-wool board sheathed in galvanized steel, and foam-rubber sealed doors. The ceiling is insulated on a corrugated steel deck suspended from the roof trusses by chains.

Here are images of An ice and snow-covered B-1B supersonic bomber aircraft undergo simulated arctic weather conditions during environmental testing in the main chamber of the McKinley Climatic Laboratory in 1986. 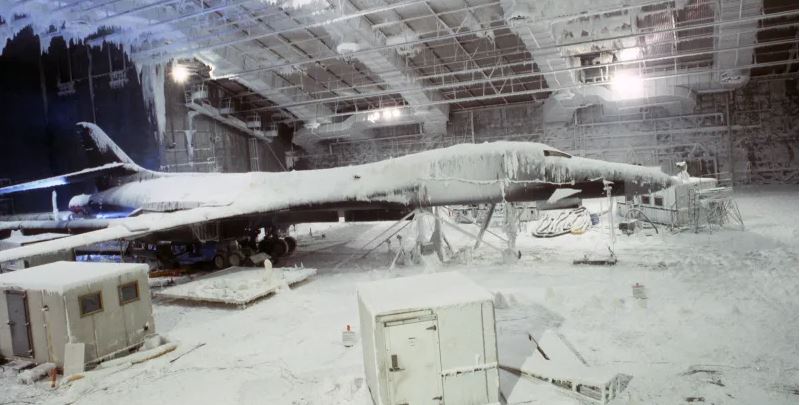 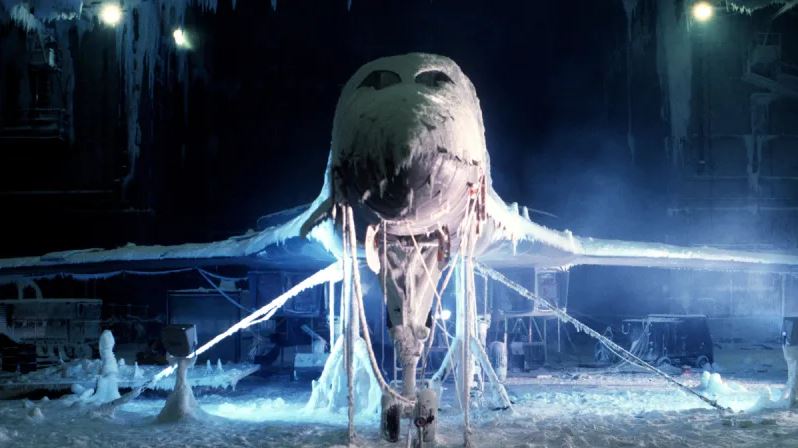 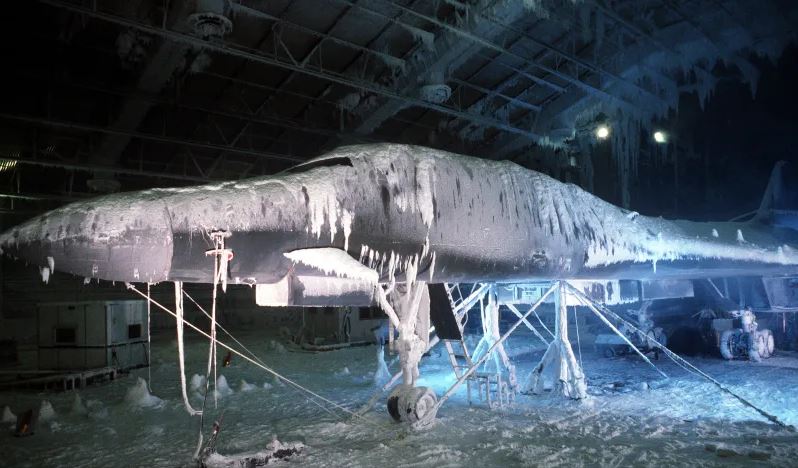 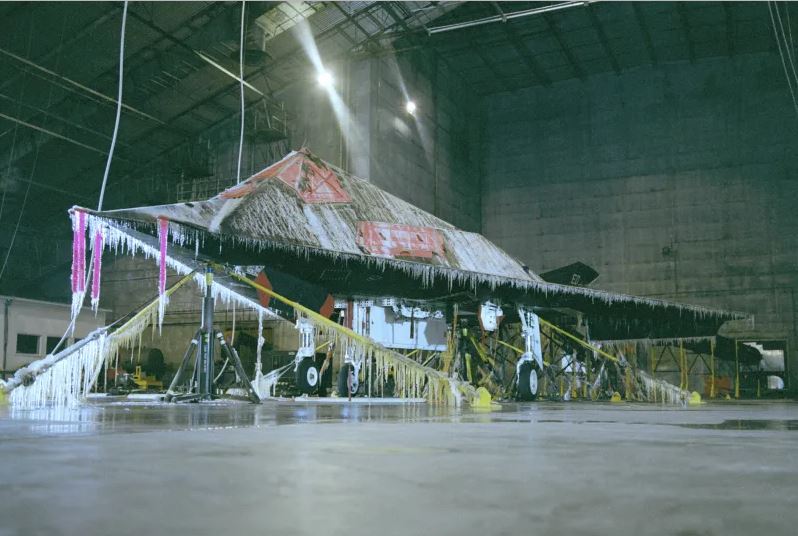 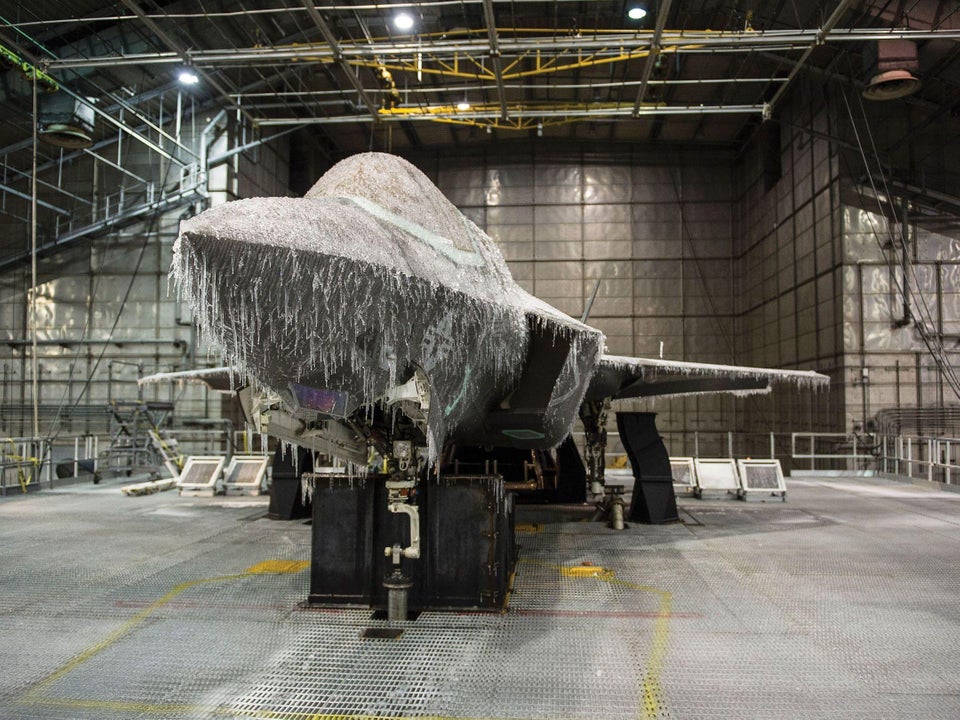 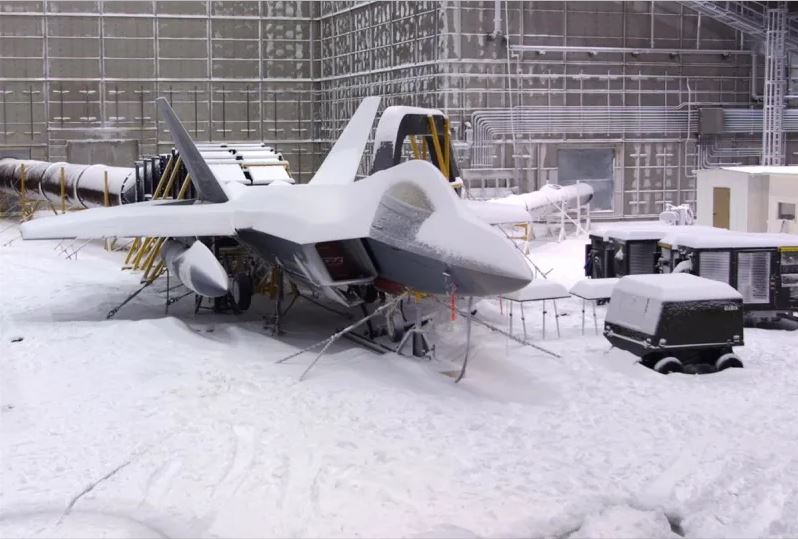 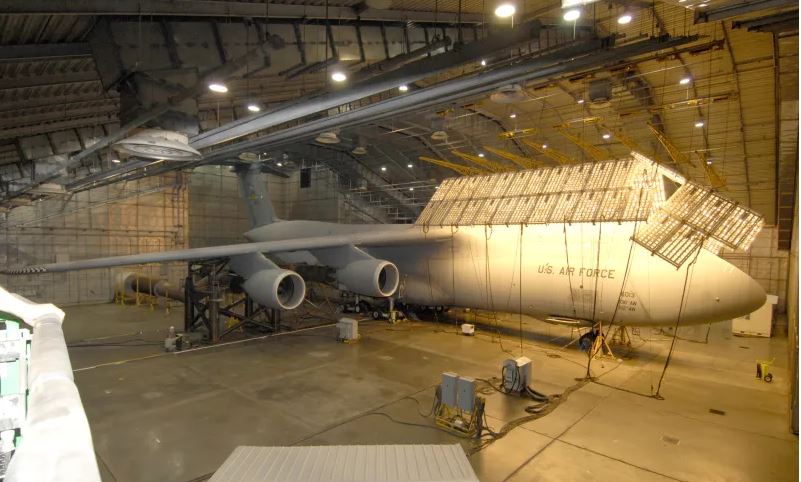 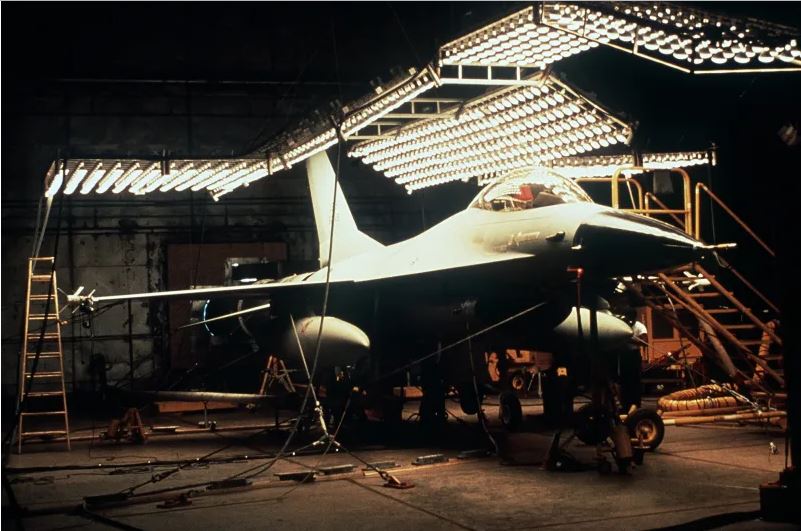