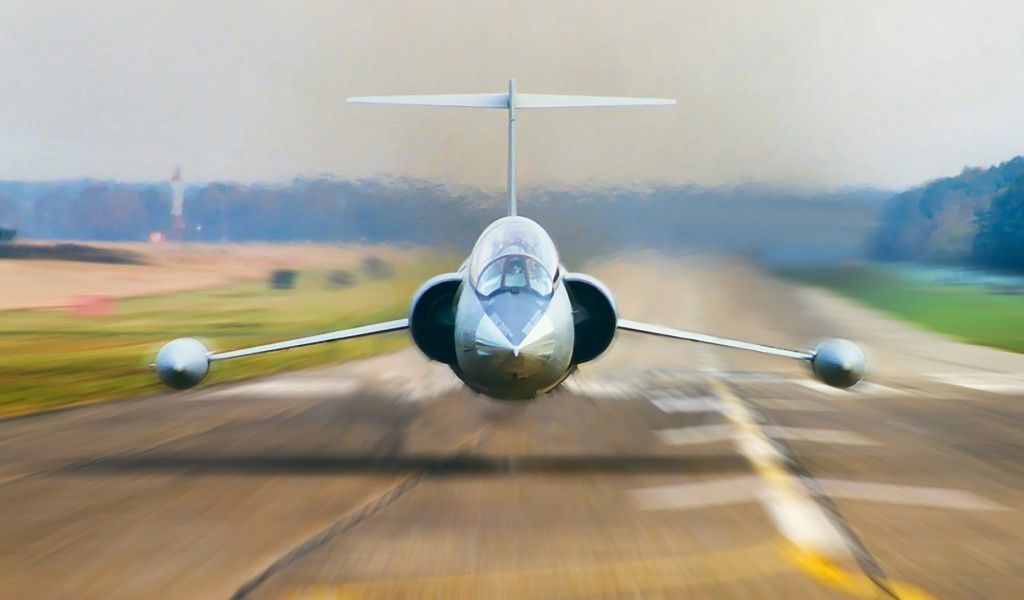 In the above video, you can see, Legendary Belgian Air Force Silvers Aerobatic Team member, William “Bill” Ongena performing a touch-roll-touch in a Lockheed F-104G Starfighter, a plane that was infamously difficult to control at lower speeds.

The Lockheed F-104 Starfighter, also known as the “Missile With A Man In It,” is known for many things. Until Bill actually performed the manoeuvre, it was said to be impossible, though clearly, it wasn’t. Bill was the first of very few pilots to successfully perform it, though many subsequently tried, with some dying in the trying.

The story goes that this stunt was the product of a legendary Belgian Air Force F-104G pilot and member of their national aerobatic display team, the Slivers, Bill Ongena. Ongena did what no test pilot would try, especially in the sleek and high-speed optimized F-104 Starfighter. He could perform a touch and go, do a full roll and land on the same runway. He called this the “Touch-Roll-Touch” and it was a huge hit with anyone lucky enough to see it in person.

Bill was the first of a small cadre of pilots that ever attempted this ultra-intense manoeuvre, of which many are said to have died trying. One pilot, Ferry Van Der Geest, stated:

This famous touch-roll-touch was only performed in Belgium (note: apparently an American pilot died trying it and other pilots from other air forces did it or died trying to do it as well), one day a pilot had an afterburner (AB) blow-out and he crashed on the second touch, killing himself in the process. It is an extremely dangerous manoeuvre with no room for error whatsoever. The average touchdown speed is at around 175 knots and the use of AB is totally mandatory. So far no one has ever done something like this afterwards. 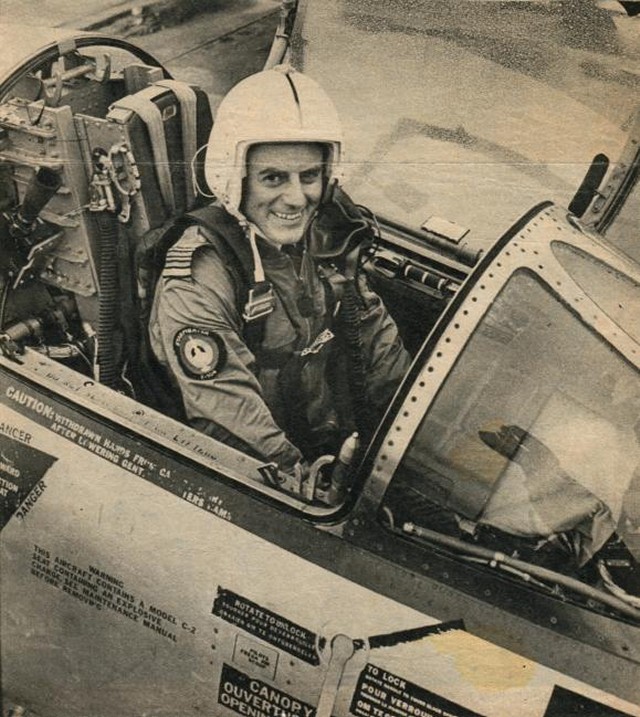 “This one shows Belgian Air Force pilot Bill Ongena doing the so-called ‘Touch-Roll-Touch’, but other pilots of other air forces have done it as well. He approaches the runway with gear and take-off flaps extended, touches down briefly, applies full power and pulls up to about 50 feet while initiating a roll on his upward trajectory. Then comes a power reduction, possibly speed brake extension to slow down, and descent to another touch-and-go. With the landing gear down, full aileron travel (20°) is available, producing a sufficiently good rate to complete a 360° roll without the nose dropping dangerously low. (With landing gear up, the aileron throw is only 10°). It was strictly a “show” maneuver to demonstrate the controllability of the airplane, and had no practical application. After Belgian pilot Jacobs was killed during a practice flight, the maneuver was prohibited.”

It is amazing how different and seemingly risk tolerant the whole fighter pilot and military culture were back then. To think that something like the Touch-Roll-Touch was even sanctioned at all is just mesmerizing, especially when you consider just how poorly suited the Starfighter was for such a crazy low-speed and dynamic manoeuvre. Then again, the guys in the cockpit finally had a jet with the power and speed them dreamed about just a decade before, and “strapping on” the tight, hot rod like F-104, in particular, was known to have been downright intoxicating. Just imagine all the antics and feats of the stick and rudder flying that were NOT sanctioned and never caught on camera during this amazing era, all of them now lost to the great buffer of time

You can read more Starfighter pilots give their unique impressions of this deadly maneuver by checking out Warbird News’s post on it here.