Aero Legends Pilots flew the formation of the iconic planes above the English Channel as the world began to reflect on the milestone anniversary approaching.

The three Spitfires, named Elizabeth, St George and City of Exeter, will set off tomorrow morning from North Weald Airfield in Essex for Cherbourg in Normandy. 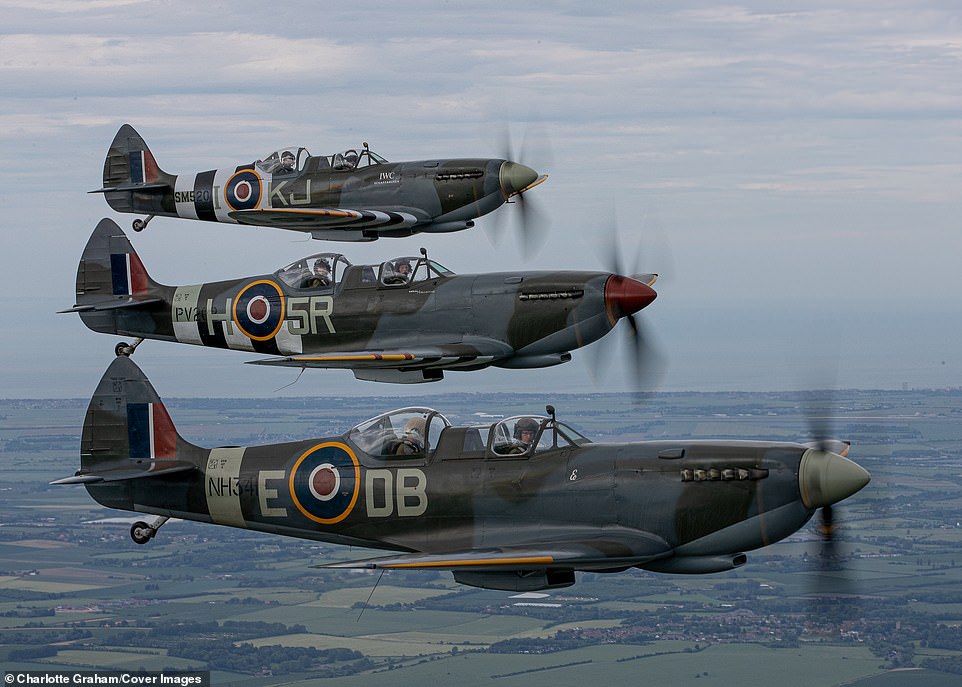 They’ll also be accompanied by a 1944 C-47 Douglas Sky Train which actually participated in D-Day.

The veteran aircraft called Drag Em ‘Oot dropped 18 paratroopers of the US 82nd Airborne Division behind the Normandy beachheads.

It even has over 40 bullet holes to prove its D-Day credentials.

A total of 55 Spitfire squadrons strafed and bombed Nazi defences on the Normandy coast during Operation Overlord — the largest seaborne invasion in history.

The planes’ mission began the day before the troops arrived in their landing craft on the morning of June 6.

Today, just 240 are left — and only about 60 of them are airworthy, as the rest are either used in static displays or are being restored. 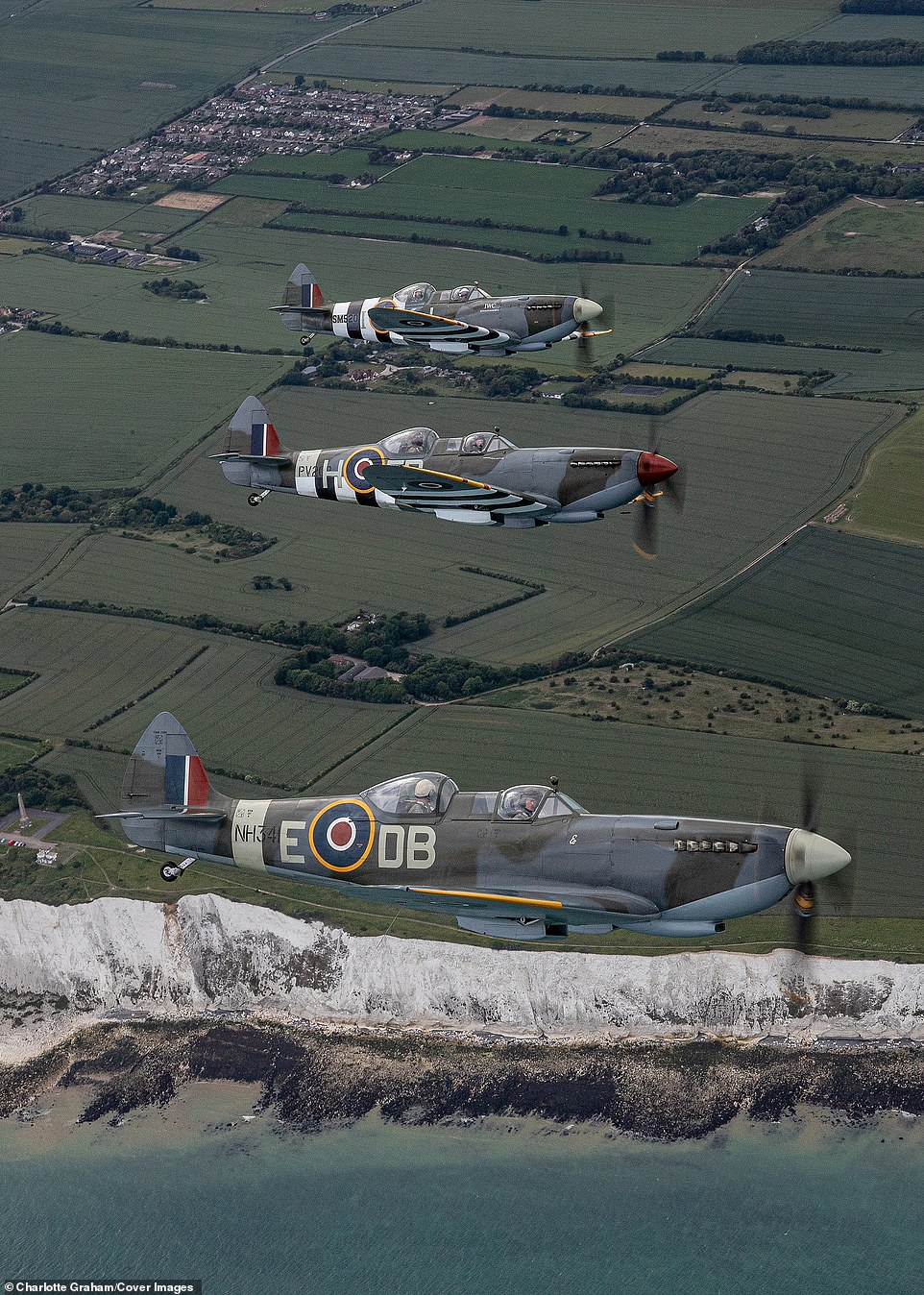 Some of those events include parades, firework displays, concerts, and even military camp re-enactments.

Come June 5, 2019, a fleet of more than 30 Douglas C-47 Skytrains—or Dakotas, as they were known in Great Britain’s Royal Air Force—will follow the path carved by Allied paratroopers, flying across the English Channel to Normandy and parachuting into the historic drop zone of Ranville.

Thousands of people will take part in commemoration events across the UK and France this week.

Hundreds of veterans, the Queen and US President Donald Trump will attend the UK national memorial event on Wednesday to remember what is considered one of the most important events of the Second World War and the biggest amphibious invasion in military history.

Later this afternoon more than 200 veterans will board a cruise ship in Portsmouth to make it to Normandy in time for the big day on Thursday.

They will be escorted by five Navy vessels and 18 gunboats as they make the poignant journey to Caen.

On June 6, 1944, the Allies launched a massive offensive to invade German-occupied Western Europe and deployed 24,000 paratroopers, who jumped into the warzone to join over 160,000 of their comrades on the ground. Operation Neptune and often referred to as D-Day, it was the largest seaborne invasion in history.

The operation’s objective was to “secure a lodgement of the continent, from which further offensive operations can be developed.” And secure they did, in a grand display of military brilliance which remains unmatched until this day.