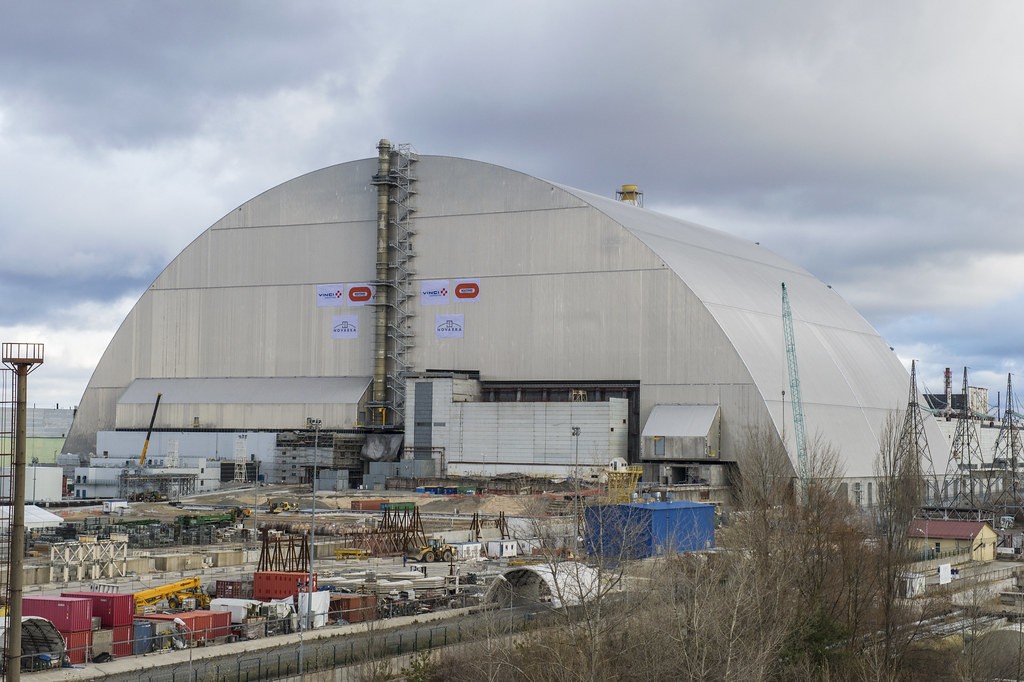 More than three decades after the worst nuclear accident in history, workers are still scrambling to prevent the spread of radiation.

On April 26, 1986, the core of a reactor opened at the Chernobyl Nuclear Power Plant, sending plumes of radioactive material into the air. The toxic fumes not only contaminated the local vegetation and water supply but also poisoned nearby residents, some of whom went on to develop cancer.

When the nuclear reactor’s core exploded during a safety test thousands of workers scrambled to build a gigantic concrete and steel covering to contain the radioactive materials that included uranium and plutonium.

That cover was designed to be sturdy, but as Business Insider reports, over the years corrosion has occurred due to water finding its way in via openings in the ceilings and the building’s unsealed joints.

Now, the Ukrainian company handling the site said the sarcophagus has a “very high” chance of collapsing and that gravity is what’s kept the structure tethered to its supporting blocks.

“The removal of every element will increase the risk of [the facility’s] collapse that in turn will cause the release of large amounts of radioactive materials,” the company, SSE Chernobyl NPP, said in a statement announcing the contract to construct a new shelter.

However, any radiation that could leak would probably not make its way into the atmosphere.

For nine years now, workers have been building a 32,000-ton shell around the sarcophagus that’s known as the New Safe

According to Business Insider, once the sarcophagus has been dismantled completely, workers will actually be able to clean up the lingering radioactive waste at reactor number 4, efforts which will take until rougly 2065.

Scientists believe that by that year, radiation from the accident will have led to more than 40,000 cases of cancer, although these estimates vary widely.