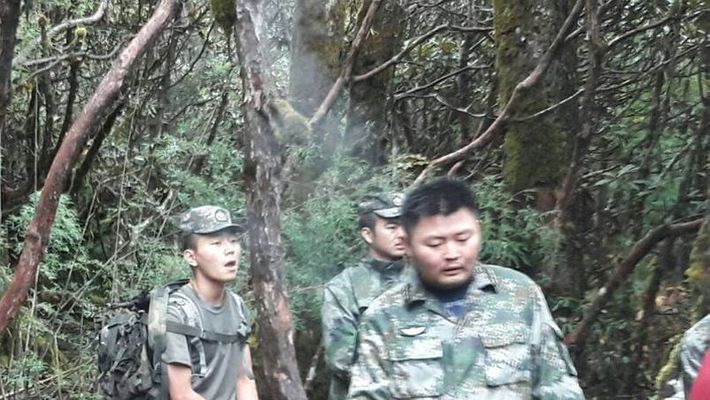 According to The Economics times  Chinese PLA allegedly intrudes 100 km inside Indian territory.

In yet another intrusion, China, allegedly, has entered inside the Indian territory in Anjaw district of Arunachal Pradesh. This time the Chinese People’s Liberation Army (PLA) has constructed a wooden bridge over Doimru Nallah that comes under the Indian territory.

Lok Sabha MP Tapir Gao, while speaking to Inside Northeast, confirmed the reports of the intrusion. He said that the wooden bridge was constructed by Chinese PLA.

He said that the Chinese People’s Liberation Army (PLA) constructed a wooden bridge over Doimru Nallah. He added that the video was recorded by locals.

While speaking to Inside Northeast, he said, “The wooden bridge constructed by PLA is very much inside the Arunachal territory and it is near Chaglagam, the last administrative outpost of Anjaw district of Arunachal Pradesh.”

He added that he had informed the government about the intrusion.

However the Indian Army  issued an official statement denying the claims of BJP Arunachal MP that the Chinese Army intruded into Arunachal Pradesh’s remote Anjaw district and constructed a bridge over a stream.

In the statement, the Army said, “There has been no such incursion. The area being referred to in the media report on ‘some electronic channels’, is the area of Fish Tail. There is a differing perception of the alignment of the Line of Control, as in many other areas.”

Army sources said the exact location of the bridge hasn’t been established and a patrol will be sent out to verify the claims.

“The nallah with the name of Dimaru where the wooden bridge is claimed could not be traced,” said an army source.

Some local youths noticed the bridge on Tuesday. “The area is approximately 25 km northeast of Chaglagam and is very much inside the Indian territory,” Gao said.

The area identified by the BJP MP is close the disputed Fish Tail’ region in the Anjaw district of Arunachal Pradesh close to the Eastern most tip of the state bordering the India-China-Myanmar tri junction.

Due to the disputed boundary there have been face-offs between Indian and Chinese troops here in the past.

However, the Army said, “The terrain is thickly vegetated and all movements are undertaken on foot along the nalas and the streams.”

During monsoons whenever the nalas are in spates, temporary bridges are constructed by the patrols for their movement, the Army said.

“Being an area of differing claims, troops from either side routinely patrol the area. In addition, civilian hunters and herb collectors also frequent here during summer months,” the Army said.

The Army further emphasised, “It is reiterated that there is no permanent presence of either Chinese soldiers or civilians in the area and surveillance is maintained by our troops.”

India and China have well-established diplomatic and military mechanisms to address all issues in our border areas. The two sides agree that maintenance of peace and tranquility in all areas of India-China border areas as a prerequisite to smooth development of overall bilateral relations, the Army said.

“Both countries have also agreed to work towards a fair, reasonable and mutually acceptable settlement of the boundary in question on the basis of 2005 Agreement on Political Parameters and Guiding Principles,” the Army said.

In 2018, there were reports of the Chinese Army entering the same location and constructing temporary tents.