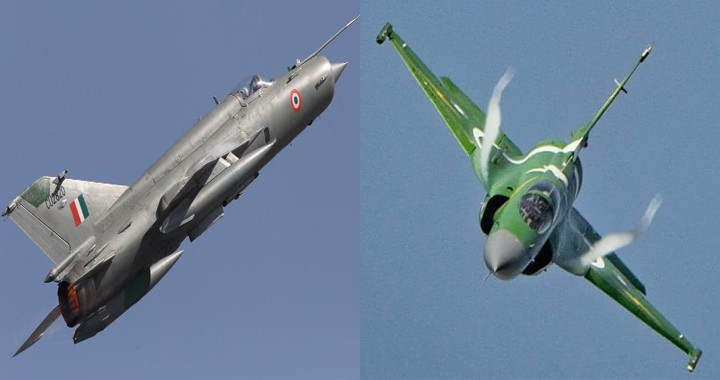 India and Pakistan are engaged in an ongoing military confrontation in the disputed Kashmir region and its neighboring provinces; the heightened tensions stem from a suicide car bombing that happened on 14 February 2019.

In the bombing, a militant from Jammu and Kashmir killed 40 Indian Central Reserve Police Force members in Pulwama. The militant group Jaish-e-Mohammed claimed responsibility, while Pakistan’s government condemned the attack and denied any involvement.

Reacting to the suicide attack, the Indian Air Force on 26 February violated the Line of Control (LOC) to conduct what it called “preemptive” aerial strikes that targeted a terrorist training camp and killed several militants.

On the latter day, Pakistan conducted airstrikes in Indian-administered Kashmir which caused no casualties or damage.

Also on 27 February, Pakistan claimed that it had shot down two Indian jets over Pakistani airspace. Pakistan captured one Indian pilot, Abhinandan Varthaman, and he was subsequently released on 1 March as a peace gesture

Pakistan’s triumph in the air against the intruding Indian warplanes was “an inauspicious moment” for India’s military that the United States is banking on to help keep China in check, The New York Times reported on Monday.

“The aerial clash, the first by the South Asian rivals in nearly five decades, was a rare test for the Indian military — and it left observers a bit dumbfounded,” the newspaper said in a dispatch, referring to the downing by the Pakistan Air Force jets of India’s Soviet-supplied MiG-21 in a dogfight inside Pakistani territory on Wednesday.

“While the challenges faced by India’s armed forces are no secret, its loss of a plane last week to a country whose military is about half the size and receives a quarter of the funding was still telling,” the Times correspondent, Maria Abi-Habib, wrote.

The dispatch added, “An Indian Air Force pilot (Wing Commander Abhinandan Varthaman) found himself in a dogfight with a warplane from the Pakistani Air Force, and ended up a prisoner behind enemy lines for a brief time.

“The pilot made it home in one piece, however, bruised and shaken, but the plane, an aging Soviet-era MiG-21, was less lucky.”

The Times said India’s armed forces were in “alarming shape”.

“If intense warfare broke out tomorrow, India could supply its troops with only 10 days of ammunition, according to government estimates,” it said. “And 68 percent of the army’s equipment is so old, it is officially considered ‘vintage’.”

Gaurav Gogoi, an Indian lawmaker and member of the Parliamentary Standing Committee on Defence, was quoted as saying, “Our troops lack modern equipment, but they have to conduct 21st-century military operations.”

Correspondent Abi-Habib wrote, “American officials tasked with strengthening the alliance (with India) talk about their mission with frustration: a swollen bureaucracy makes arms sales and joint training exercises cumbersome; Indian forces are vastly underfunded; and the country’s navy, army, and air force tend to compete rather than work together.”

“Whatever the problems, the United States is determined to make the country a key ally in the coming years to hedge against China’s growing regional ambition.”

The American military, according to the dispatch, began prioritizing its alliance with India as its close relationship with Pakistan soured over the last two decades. United States officials say that Pakistan is not doing enough to fight terrorism, a charge the country denies.

In just a decade, the Times said, United States arms sales to India have gone from nearly zero to $15 billion. “But Pakistan can still draw on a powerful American-supplied arsenal,” it added, without elaborating.

China has significantly outpaced its rival, creating a robust and taxable middle class. China’s economic boom has allowed it to invest aggressively in buying top military hardware and producing it at home.

As the world’s conflicts are increasingly fought with state-of-the-art weaponry rather than the large invading armies of the past, India is falling behind. Despite being the fifth-largest military spender, only about a quarter of its military budget this year will purchase new equipment.

Although the purchase of military hardware is a slow-moving process in most countries, in India it moves even more sluggishly amid a swollen bureaucracy.

There are also concerns about corruption.

Modi is currently being grilled by the opposition over a murky $8.9 billion deal to buy 36 Rafale fighter planes from France. His political opponents have cast the agreement as corrupt in an effort to discredit him ahead of elections.

The purchase will help India replace its aging fleet of MiG-21s and other jets. And on Saturday, the prime minister tried to turn the tables on the opposition, saying India would have fared better in its skirmish with Pakistan last week if it had had the Rafale jets.

“The country has felt the shortage of Rafale,” Modi said.

Previous “Deadly” Stealth Fighter concept that could have beat F-22 Raptor on the Planet
Next Ultrasport 555 helicopter crashed near at Barysii Airport, 2 Dead