The new acquisition of stealth jets will bring the total number of F-35s with the Royal Netherlands Air Force to 46. The agreement will include the supply of spare parts, training, simulators and related support.

The envisioned €1 billion acquisition will “lay the foundation” for a third F-35 squadron in the Dutch air force, a plan that government officials first floated in late 2018, according to a statement posted on the defense ministry website.

The additional aircraft are expected contribute to the air force’s objective of having four jets available for NATO missions while also performing homeland defense operations and accounting for training requirements and maintenance downtime.

Fully rounding out a third squadron would require 15 extra planes, however, alliance officials have previously told the Dutch, prompting talk in the Netherlands last year of a potentially higher number eventually.

Two F-35A have been delivered to Royal Netherlands Air Force for the testing program and for training pilots and maintenance crew. This first aircraft is stationed at a base in Florida, US.

First aircraft to enter service in 2019, last in 2023. The acquisition of 34 F-35As has been confirmed by the Ministry of Defence. The purchase of 15 additional aircraft was announced by the Dutch government in December 2018 for a third squadron available to NATO, the first batch of 9 additional aircraft ordered in 2019 to bring total F-35 inventory to 46.

The new acquisition is to replace the country’s aging fleet of F-16s purchased in 1979.

Neighbor Belgium selected the fifth-generation aircraft in the fall of 2018, announcing a planned buy of 34 copies. 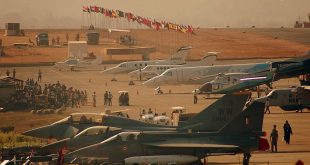