The country felt the absence of Rafale jets, Prime Minister Narendra Modi on Saturday said, adding that the nation suffered “a big loss” due to theswaarthneeti (policy of self-interest) and the politics surrounding the deal with France.

The comment came days after the Indian Air Force lost a MiG-21 in an air battle with Pakistan’s Fighter jets e crashing on the Pakistani side of the Line of Control, the pilot of the plane, Wing Commander Abhinandhan Varthaman was captured by pakistan. He remained in Pakistan’s custody for nearly 60 hours and was released on Friday.

“The country is feeling the absence of Rafale. The entire country is saying in one voice today, what all could have happened if we had Rafale. The country has suffered a lot due to selfish interests earlier and now politics over Rafale,” he said in his address at the India Today conclave, which was tweeted by the official handle of the Prime Minister’s Office.

The Prime Minister’s tweet earned him an equally sharp attack from Congress president Rahul Gandhi, who said PM Modi was responsible for the delay in the arrival of Rafale jets.

“Dear PM, have you no shame at all? You stole 30,000 crores and gave it to your friend Anil (Ambani). YOU are solely responsible for the delay in the arrival of the Rafale jets. YOU are WHY brave IAF pilots like Wing Cdr. Abhinandan, are risking their lives flying outdated jets,” Mr Gandhi tweeted.

The Congress and its chief Rahul Gandhi have been leveling charges of corruption in the Rafale jet deal. They say the price of the jets was inflated, and the public sector company, HAL, was overlooked for an offset contract to provide undue benefit to Reliance Defence, a company owned by industrialist Anil Ambani.

“Oppose Modi if you want to, find faults in our schemes, I will welcome you always, but don’t oppose the welfare of the country. Keep in mind that in your staunch Modi bashing, you don’t support terrorists like Masood Azhar and Hafiz Saeed, and those who nurture them,” PM Modi tweeted.

He also praised his government’s foreign policy, saying: “I remember, in 2014, there used to be discussions that Modi doesn’t have an understanding of global affairs, what would happen to our foreign policy? But in the last few days, you would have seen the impact of India’s foreign policy.” 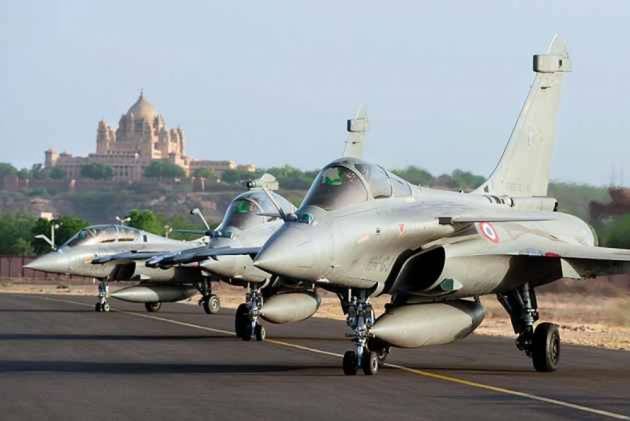