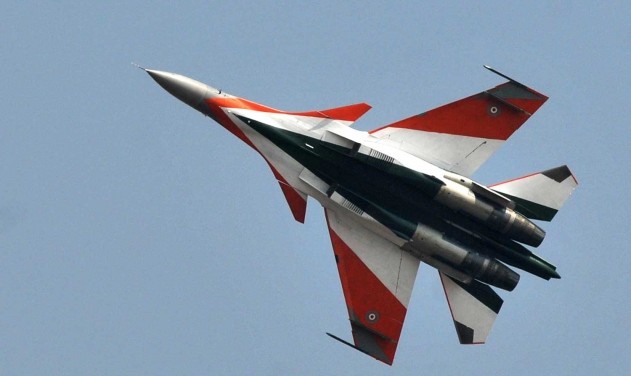 The Indian Air Force (IAF) is seeking to acquire an additional 18 Sukhoi Su-30MKI multirole fighter aircraft from Russia, according to Vladimir Drozhzhov, the deputy director of Russia’s Federal Service for Military-Technical Cooperation (FSMTC).

The Indian Air Force intends to purchase 18 additional Su-30MKI ‘4+ generation’ heavyweight fighter jets from Russia, with the service planning to field over 270 of the elite twin-engine aircraft forming 14 squadrons by 2021.

HAL is set to build 222 Su-30MKI fighters agreed upon under a number of contracts signed from the year 2000. Russia has provided HAL with 5,803 types of titanium blocks and forgings, aluminum and steel plates, and around 7,100 ‘standard components’ including nuts, bolts, and rivets among other parts needed to assemble the aircraft.

The platforms will supplement the 13 squadrons totaling 272 Su-30MKIs that the IAF intends to operate by 2020-21, thus taking to 14 the number of squadrons with this fighter type.

Drozhzhov further stated that Russia has completed delivery of all components and sub-assemblies to India’s state-owned Hindustan Aeronautics Limited (HAL) to license-build 222 Su-30MKIs agreed upon under various previous contracts from 2000 onwards.

Currently, the IAF operates about 250 Su-30MKIs, of which more than 200 have been license-built.

That said, the indigenous content in the HAL-built Su-30MKIs is around 50%, according to HAL sources.

The IAF received its first 50 Su-30 fighters, which were later upgraded to MKI standard, in the late 1990s for USD1.5 billion. This was followed by a deal to license-build 140 at HAL’s plant in Nashik in western India. Thereafter, India signed two deals, one in 2007 and another in 2012, to build an additional 82 fighters under license.