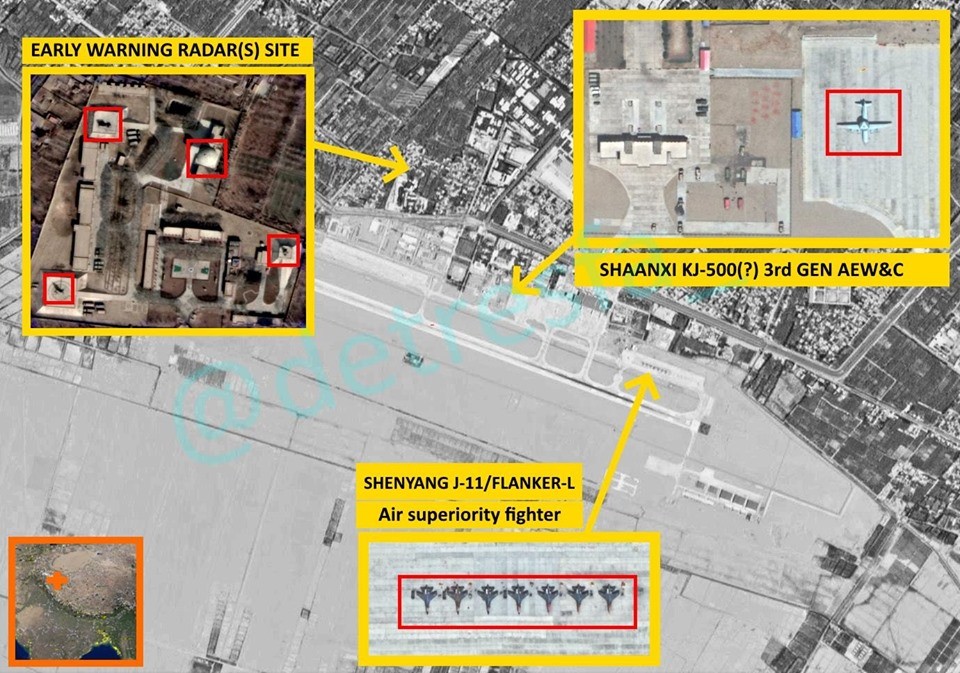 In the above you can see china have increased Early warning RADAR site. Apart from that china have also stationed SHAANXI KJ-500 Airborne early warning and control Aircraft

Hotan air base can provide air support to the Tibet plateau & CPEC running through the Karakoram range into Pakistan.