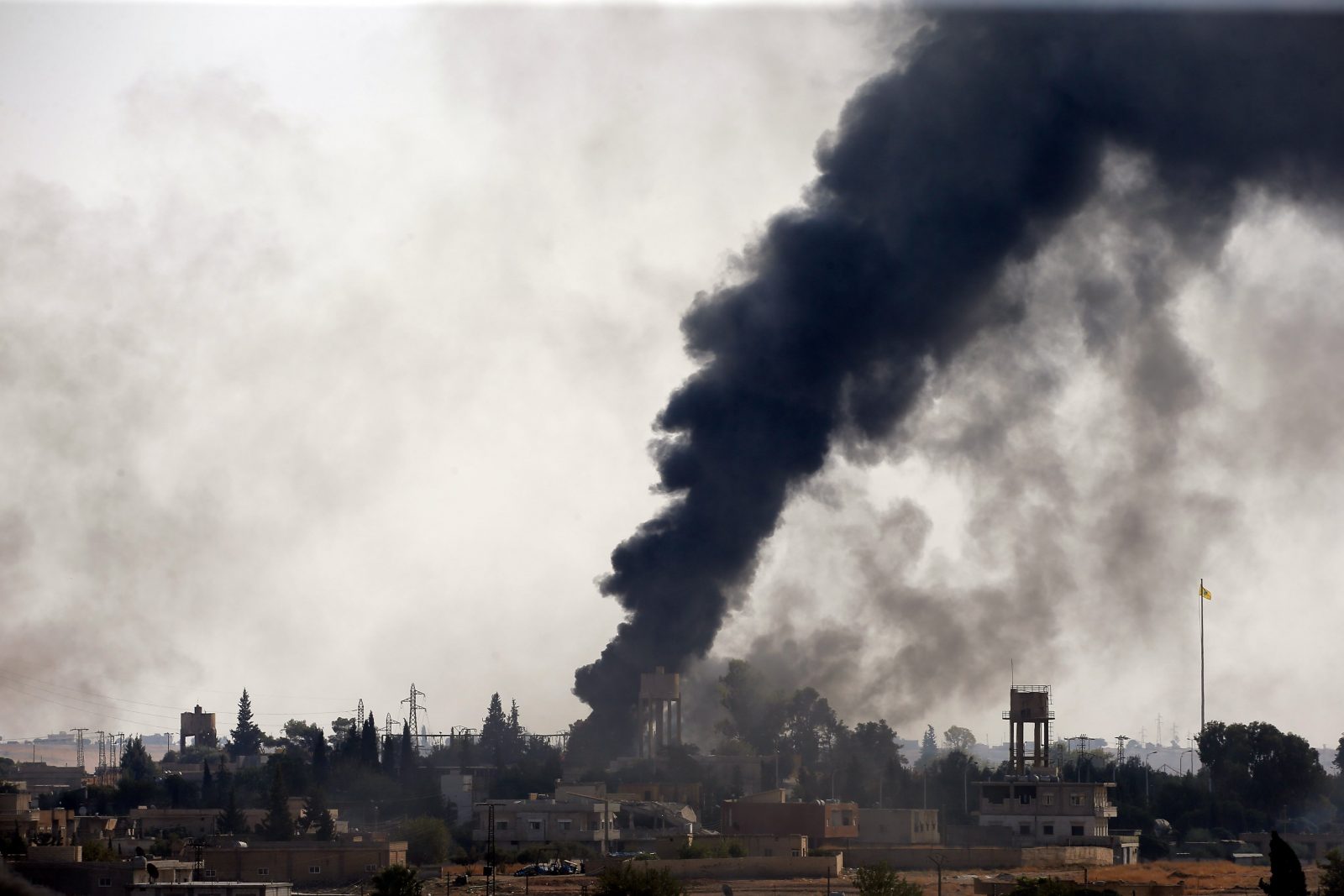 Turkish troops shelled a US Special Forces unit in northern Syria, apparently ‘by mistake’, as they moved in on Kurdish fighters days after President Trump said he would remove American soldiers from the region.

The Pentagon confirmed that US troops in Syria “came under artillery fire from Turkish positions” and demanded that Turkey halt all operations that could require the US to take “immediate defensive action.”

“US troops in the vicinity of Kobani came under artillery fire from Turkish positions at approximately 9 p.m. local Oct. 11,” Navy Capt. Brook DeWalt, a Pentagon spokesman, said in a statement. “The explosion occurred within a few hundred meters of a location outside the Security Mechanism zone and in an area known by the Turks to have U.S. forces present.”

The Pentagon’s confirmation stands in stark contrast with the Turkish Defense Ministry’s comments on the incident. The ministry issued a statement late Friday night denying that its forces had fired on US troops in Syria and instead said Turkish troops were targeting Kurdish fighters nearby.

The Defense Ministry added that Turkey “did not open fire at the US observation post in any way” and that “all precautions were taken prior to opening fire in order to prevent any harm to the U.S. base.” Turkish forces, however, “ceased fire upon receiving information from the U.S.,” the ministry said, adding, “We firmly reject the claim that U.S. or Coalition forces were fired upon.”

Newsweek cited anonymous Department of Defense officials who said it was unlikely that the Turkish army would mistake US troops for Kurds in that case and that they would be aware of US positions ‘down to the grid.’

Both a senior Pentagon official and an Iraqi Kurdish intelligence official confirmed the shelling.

Turkey’s military also issued a statement insisting it was an accident and that it was returning fire on the Kurds.  It said that as soon as it realized US Special Forces had potentially been caught in the middle, it ceased.

However, journalists in the region cite other officials who say it is impossible it was a mistake.

‘They know we are there, we told them our position. There’s no other target in the area. They’re trying to drive us out. If Turkey can get us to leave so they can siege Kobane, it’s all over,’ one Coalition officer told Telegraph reporter Josie Ensor.

The unnamed official said the shelling was so heavy, US forces considered returning fire.

It comes after President Trump agreed to remove US troops from the region, where they have been bolstering the Kurds since the start of the Syrian civil war.

Turkey on Wednesday began a planned military offensive codenamed Operation Peace Spring into northeastern Syria on, launching airstrikes and artillery fire across the border just days after the Trump administration announced it was pulling US troops back from the area.

President Recep Tayyip Erdogan says the offensive – which began with air raids on Tuesday – is aimed at removing Kurdish-led forces from the border area and creating a “safe zone” so millions of Syrian refugees can be returned.

“Our aim is to destroy the terror corridor which is trying to be established on our southern border and to bring peace and peace to the region,” Turkey’s President Recep Tayyip Erdogan tweeted as he announced the start of the operation.

The move came after the United States announced it was withdrawing its troops from the region, leaving the Syrian Democratic Forces (SDF), its main ally in the battle against the Islamic State of Iraq and the Levant (ISIL or ISIS) armed group, without US military support.

Thousands of US-backed Kurds are stationed in northeastern Syria, and observers say Trump’s decision has left the Kurdish fighters vulnerable to Turkish attack and may even fuel an ISIS resurgence.