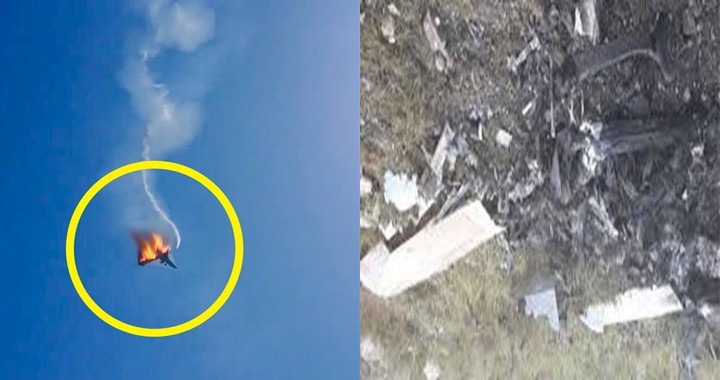 A US military surveillance drone has been shot down by Iranian forces. Here are Details of Incidents: Iran’s Revolutionary Guard shoots down U.S. RQ-4 Global Hawk ‘spy’ drone in Hormozgan Province

Iran’s Islamic Revolution Guards Corps (IRGC) said the drone had violated Iranian airspace. But US military said it had been over international waters.

The U.S. officials have confirmed that the U.S. unmanned aircraft has been shot down by an Iranian surface-to-air missile while in international airspace over the Strait of Hormuz.

The official said the drone was a U.S. Navy MQ-4C Triton. No further details were immediately available, including the time of the shoot-down.

IRGC-affiliated FarsNews says the IRGC has shot down a US surveillance drone, RQ-4 Goobal Hawk, when it was "flying over Iran southern sealines" In the Persian Gulf. https://t.co/iWbCsHvFwx pic.twitter.com/pCSZ0TBWmH

Reuters also added that the aircraft’s manufacturer, Northrop Grumman, says on its website that the Triton can fly for over 24 hours at a time, at altitudes higher than 10 miles, with an operational range of 8,200 nautical miles.

Later, a U.S. official told ABC News that the U.S. Navy MQ-4C Triton was shot down by an Iranian surface to air missile while the reconnaissance drone was flying in international airspace over the Strait of Hormuz.

The Northrop Grumman MQ-4C Triton is an American high-altitude long-endurance unmanned aerial vehicle (UAV) under development for the United States Navy as a surveillance aircraft.

Earlier, Iran’s Islamic Revolution Guards Corps (IRGC) said it had shot down a US drone over Iranian airspace, near Kuhmobarak in the southern province of Hormozgan.

Iran's Revolutionary Guard says it shot down a US spy drone – after it violated Iranian airspace in the south of the country.

The IRGC announced in a statement on Thursday that the US-made Global Hawk surveillance drone was brought down by its Air Force near the Kouh-e Mobarak region in the Central district of Jask after the aircraft violated Iran’s airspace.

“It was shot down when it entered Iran’s airspace near the Kouhmobarak.”

A senior Iranian security official said on Wednesday Iran would “strongly respond” to any violation of its airspace.

The commander of Iran’s Revolutionary Guard said that the shooting down of the U.S. drone has sent “a clear message” to America.
Gen. Hossein Salami said also says that Iran does “not have any intention for war with any country, but we are ready for war.”