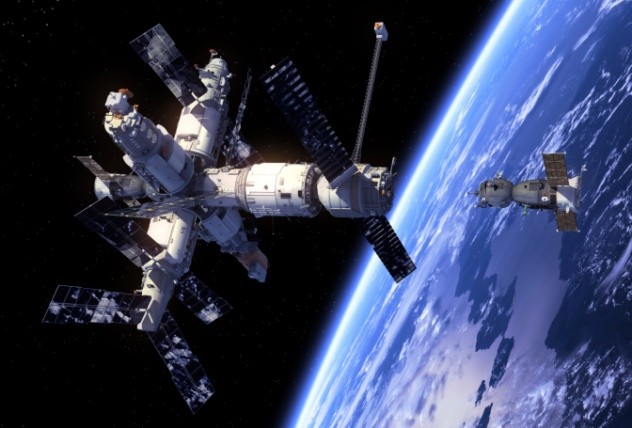 Earlier today, the private American firm Bigelow Aerospace was notified by the U.S. Air Force that its Genesis II spacecraft has a slim chance of smashing into a dead Russian Cosmos spy satellite at 1300 in 15 hours.

News of the potential orbital smash-up came via Bigelow Aerospace’s Twitter account. Bigelow Aerospace posted its tweet at 1:30 p.m. ET. The collision, should it happen, would occur around 4:05 a.m. ET tomorrow (September 18, 2019), according to the company.

“Future habitable space stations will face this reality and danger,” continued Bigelow in a subsequent tweet. “This proliferation, if not controlled in number, could become very dangerous to human life in low Earth orbit.”

Today, we were notified by the US Air Force that there is a 5.6% chance that Genesis II will collide with dead Russian satellite Cosmos 1300 in 15 hours. Although this is a relatively low probability, it brings to light that low Earth orbit is becoming increasingly more littered. pic.twitter.com/l6McbDgRNo

It can get crowded in orbit. New satellites and spacecraft launch every year, while old ones collect around Earth, increasing the chances of unfortunate collisions.

Bigelow Aerospace’s Genesis II, an inflatable space habitat test mission that launched in 2007, has a 5.6% chance of colliding with the dead Kosmos 1300 satellite early on Wednesday. That’s enough of a chance to cause worry.

“Although this is a relatively low probability, it brings to light that low Earth orbit is becoming increasingly more littered,” Bigelow tweeted on Tuesday, saying the US Air Force alerted it to the issue.

For comparison, the European Space Agency had to relocate a satellite to avoid a possible collision with a SpaceX Starlink satellite in early September. The chance those satellites could have hit was estimated at greater than 1 in 10,000.

Neither Genesis II nor the Russian satellite, which was launched all the way back in 1981, are capable of being moved within their orbital paths to avoid a crash. They are both examples of orbital debris at this point.

The Genesis II spacecraft is scheduled to de-orbit at some point in the 2020s, so its destruction would be no major loss. The larger concern is that a collision would produce copious amounts of space debris, which would in turn increase the chances of further collisions, in a never-ending cascade of orbital destruction.