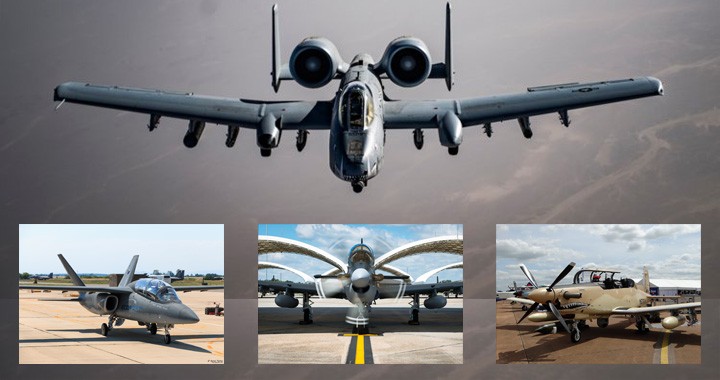 The Air Force has chosen three aircraft designs that might replace the A-10 Warthog. The Air Force hopes the OA-X program will lead to smaller, lighter airplanes. Plane capable of providing air support in low-threat conflicts.

Here are Three Light Attack Aircraft That Might Replace Warthog

The Wolverine is a descendant of the Beechcraft T-6 Texan II, a trainer used by the Air Force and Navy. The two-person Wolverine features new engines delivering nearly 50 percent more horsepower, a glass cockpit, 7 wing hardpoints for weapons and sensors, color and IR cameras, a laser designator, laser illuminator, and laser rangefinder.

The A-29 Super Tucano is a Brazilian-designed aircraft. Designed by Embraer. Like the AT-6, the Super Tucano is also a two-seat turboprop aircraft, and aviation authority Robert Dorr posted a detailed comparison of the two planes last year.

The third contestant is the Scorpion. A self-funded project from Textron AirLand, the Scorpion is the only jet in the competition. The aircraft has six external hardpoints and an internal payload bay, with a total weight capacity in fuel, weapons, and sensors of close to 10,000 pounds. The Scorpion is also affordable, costing only $3,000 an hour to fly.