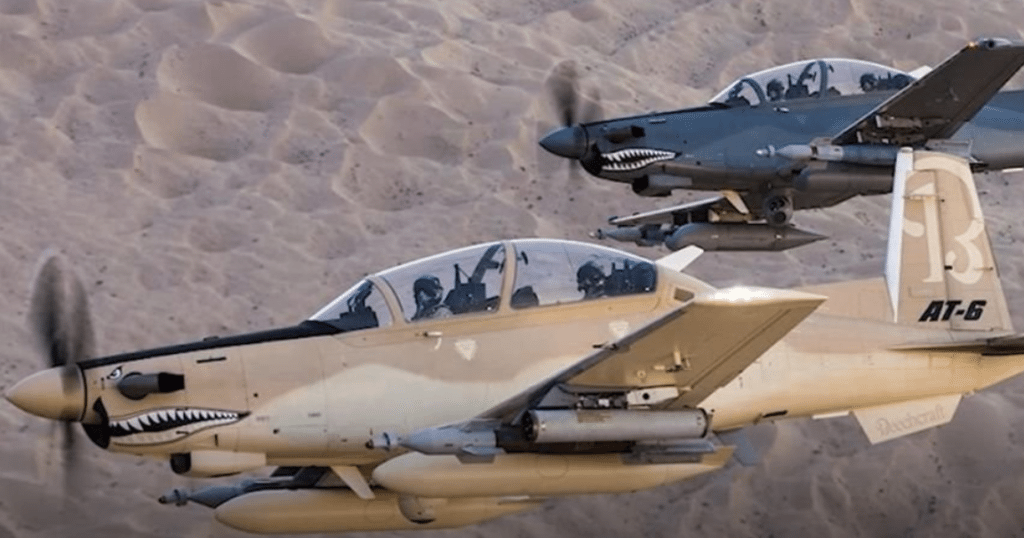 They have now announced that the first market they will be pitching to is the United States, offering jet alternatives to the turboprops that are dominating the OA-X competition.

Left in the running for OA-X are the Beechcraft AT-6 and the Sierra Nevada/Embraer A-29 Super Tucano turboprops after the USAF overlooked the offer of the Textron AirLand Scorpion jet aircraft earlier in 2018.

AERO’s family of light jet aircraft, which include the L-159 and the L-39NG offer the USAF a range of capabilities unmatched by any other light jet manufacturer today.

Both aircraft meet or exceed the USAF OA-X requirements for mission performance and system attributes.

The L-159 is a proven robust platform, which has been successfully tested and operated in NATO joint operations, USAF Red Air exercises and real combat missions with coalition partners.

The proven L-159 platform is enhanced with the integration of IAI’s innovative and cutting-edge open architecture technologies.

The L-39NG, the next generation of L-39, offers the USAF a unique balance of experience, operational performance, and cost efficiency available in a light jet.

Three Light Attack Planes that Might Replace A-10 Warthog

Together with IAI, Aero is ready to offer the USAF a multi-mission aircraft with the best available technology today, with potential for growth tomorrow.

Light jets from Aero are operated by air forces in strategic regions for the US.

L-39s operate in East Pacific, Baltic countries, Middle Europe, some African countries and other regions around the globe.

It makes AERO’s light jets very easy to operate in partnership with other forces and very easy to support abroad.

Both aircraft, l-39NG, and L-159, are available to meet the timeframe and production tempo stated by the USAF.

AERO is also able to move production, final assembly, training and logistics to the US thus creating hundreds of American jobs.

The company has produced over 6,000 jet aircraft with an accumulated 13,000,000 flight hours by more than 60 military operators.

In addition, 15 aerobatic teams, such as the Breitling Jet Team, utilize L-39 aircraft, because of well-earned reputation of the aircraft for reliability, dependability, and cost-effectiveness, both in the air and on the ground.