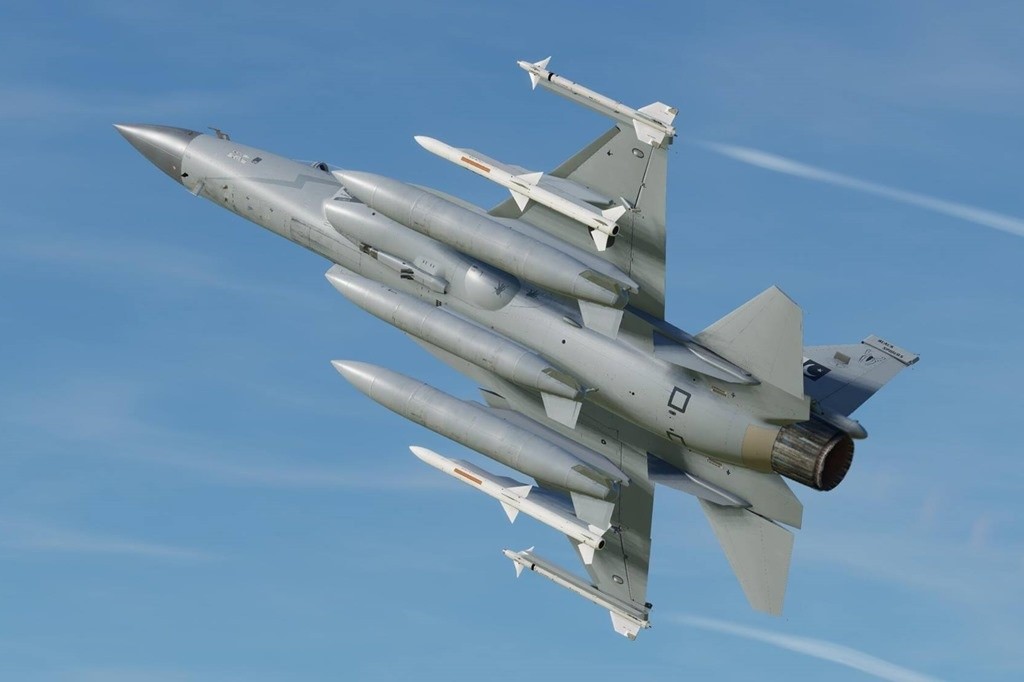 The JF-17 can be used for aerial reconnaissance, ground attack, and aircraft interception. Its designation “JF-17” by Pakistan is short for “Joint Fighter-17”, while the designation and name “FC-1 Xiaolong” by China means “Fighter China-1 Fierce Dragon”.

Pakistan dispatched what it claimed to be twenty-five JF-17s to launch a lightning strike across the Line of Control on targets in Kashmir, in retaliation for an Indian air raid.

The PAF claimed its JF-17s had shot down two Indian fighters pursuing strike planes into Pakistani airspace. However, while the loss of one upgraded Indian MiG-21 Bison was confirmed and its pilot captured, India subsequently displayed fragments of American-made AIM-120 missiles only compatible with Pakistan’s F-16s, casting some doubt on whether the PAF’s Thunders were responsible for the kill.

Approximately 25 Block II variants of the JF-17 are currently being manufactured in Pakistan annually, with plans to terminate production in favour of the upcoming JF-17 Block III in the early 2020s. A twin-seat variant of the Block II fighter, the JF-17B, entered service in December 2017. Single engine variants, however, compromise the vast majority of the fleet at present.

The PAF now plans to procure fifty more JF-17s of an improved Block III standard by 2024—with airframes produced jointly by Pakistan and China in a 58/42 percent split—as well as procure 26 two-seat JF-17Bs with additional fuel stored in a dorsal fin and enhanced application to training and possibly strike missions. Extant JF-17s may also be upgraded to the Block III variant, which should make its first flight later in 2019.

Islamabad also confirmed in 2018 a $184 million deal to sell three JF-17s to the Nigerian Air Force in 2018 (which currently operates J-7s and Alpha Jets), and has delivered at least six out of an order of eighteen JF-17Ms to Myanmar.

Much like the Indian MIG-21 Bison, an upgraded variant of the venerated design which according to Indian reports was highly successful against a Pakistani F-16 – likely due to its high end avionics, electronic warfare, jamming and missile systems which are all of the fourth generation, the JF-17 has long been underestimated for a number of reasons. The airframe is loosely based on that of the MiG-21 – an evolution of the Chinese J-7 design – but is considerably more capable than that of any other variant or derivative.

The fighter’s engines produce little over half the thrust of the Indian Air Force’s MiG-29 – one third that of the elite Su-30MKI – giving it an inferior thrust/weight ratio when fully armed. These are compensated for by a number of factors, including its access to state of the art sensors and munitions – including the Chinese PL-12 long-range air to air missile – an analogue to the American AIM-120C – and the YJ-12 anti-ship cruise missile. The latter makes the aircraft a potentially highly lethal ship hunter, in some ways comparable to India’s Brahmos cruise missile, and its deployment is an effective asymmetric asset against the large Indian surface fleet. 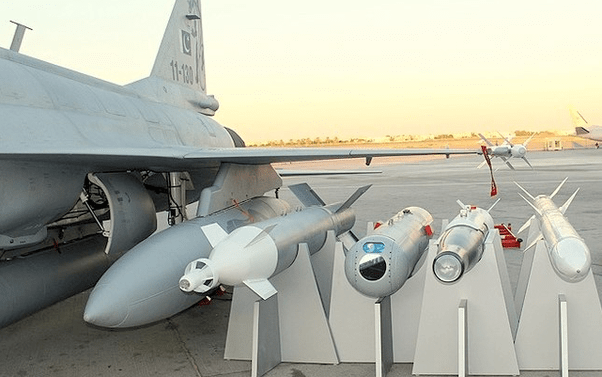 The JF-17 is relatively simple both to operate and maintain, far more so that the F-16 or MiG-29, and the costs of doing so are also extremely low.

The while the aircraft is slower and less manoeuvrable than the F-16, it compensates with a higher altitude and arguably far superior options for its weapons loadout. Block II variants deploy data links and high-end electronic capabilities which early F-16 and MiG-29 variants both lacked, while their avionics are also considerably more sophisticated.

The fighters’ NRIET KLJ-7 X band fire control radars are also highly capable – variants of the Chengdu J-10’s formidable KLJ-10 – and are capable of tracking up to ten targets at ranges of over 105km.

Data links allow the aircraft to potentially make use of longer-ranged munitions, particularly when operating alongside AWACS platforms capable of guiding missiles beyond the range of the fighters’ onboard radars. As a key strength of the JF-17 is its compatibility with high-end Chinese munitions, it is highly possible that Block II variants could in future receive longer-range munitions which would benefit from such guidance – with more advanced variants of the PL-12 reportedly also planned for deployment by the upcoming JF-17 Block III. 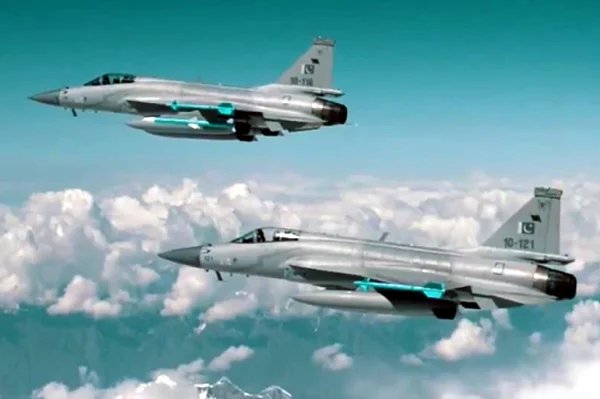 Ultimately the JF-17 remains a highly capable fourth-generation fighter – more than a match for India’s MiG-21 and Mirage 2000 single-engine light fighters and potentially capable of posing a threat to medium weight platforms such as the MiG-29 and Rafale – though likely still struggling against the Su-30MKI. The design is set to be enhanced considerably in the near future with the induction of the Block III variant, which will reportedly deploy a new radar, an infrared search and tracking system (IRST), helmet-mounted display, new electronic warfare and jamming systems, and potentially even PL-15 air to air missiles – which considerably outrange anything currently in the Indian arsenal.