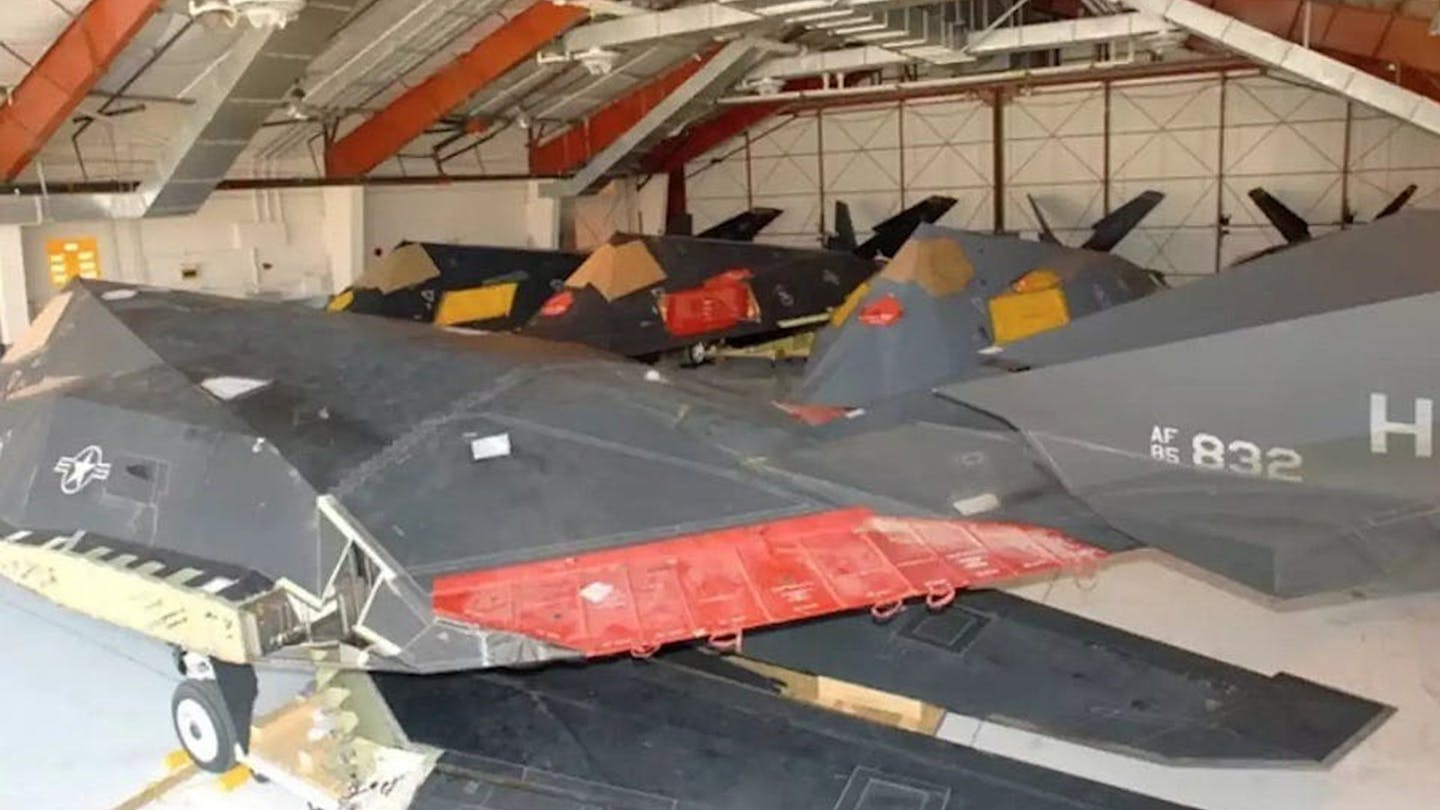 According to The War Zone recent Report More than a decade after the F-117 Nighthawk stealth attack jet’s official retirement, the Air Force still has 51 of the aircraft in its inventory and has not destroyed any of the aircraft since 2008, despite a Congressional mandate two years ago to dispose of four of them annually.

Brian Brackens, an Air Force spokesperson at Wright Patterson Air Force Base, provided the updated information in an Email on Aug. 28, 2019 to The war-zone.  The remaining Nighthawks are still at the secretive Tonopah Test Range Airport in Nevada.

F-117 Nighthawk stealth attack jet’s  remains a hot topic of discussion and speculation, especially given that some of the aircraft are still flying. There have been rumors that some of the aircraft might have returned to service secretly, flying missions in the Middle East, but there is no hard evidence to support those claims and there are also alternative explanations.

Until 2016, there was a legal requirement to keep the F-117s in so-called “Type 1000” storage, meaning that they would be maintained in a state where they could be returned to active service relatively quickly, if necessary.

The annual defense policy bill, or National Defense Authorization Act, for the 2017 Fiscal Year nullified this and replaced it with the four-per-year disposal plan.

The Air Force Life Cycle Management Center at Wright Patterson Air Force Base in Ohio subsequently developed what it calls a “migration plan” for how to get rid of the F-117s.

“The Air Force planned to dispose of one F-117 in FY17 and approximately 4 every year following, however, there was a requirement for an environmental impact study prior to operating a Media Blast Facility,” Brackens, the Air Force spokesperson, told The War Zone in his Email. “That study delayed construction and completion of the facility until this year.”

“Media blasting” in this instance refers to using abrasives to remove the sensitive radar-absorbing material coatings that cover the F-117’s skin. This is a notoriously complex process. The material also happens to be highly toxic and requires personnel performing the blasting to wearing head-to-toe protective gear and utilize specialized facilities.

Brackens, the Air Force spokesperson, did confirm that another Nighthawk did arrive at the National Museum of the U.S. Air Force on Aug. 22, 2019.

This was very likely the aircraft that bystanders saw near Plant 42 the week before, where it could have undergone media blasting or other demilitarization before getting flown to Wright Patterson.