We don’t know exactly the story behind these kill marks and although the A-10 is really a badass machine it would be difficult for the world famous Hog scoring kills against F-16 and F-22 fighters.

The interesting image in this post was taken by the famous photographer Peter Steehouwer (click here and browse his site to see his incredible shots) and shows an A-10 Warthog featuring what they seem to be two kill marks of two (simulated) aerial victories scored against F-16 and F-22 fighter aircraft. 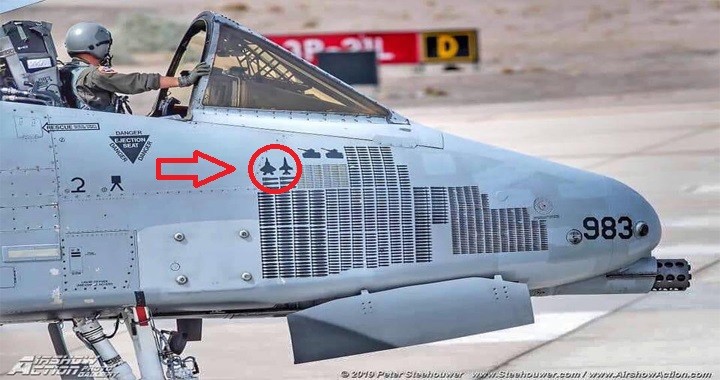 Related Article: The A-10 Warthog that killed a Cow during a Close Air Support Mission

According to some internet rumors, the A-10 in this photo would be a “demo bird” (most probably belonging to USAF Air Combat Command A-10 Demo Team) sporting the marks of aircraft from other demo teams such as F-22 and F-16 fighter jets which usually fly in formation together during airshows across the U.S.

Actually the Air Combat Command A-10C Thunderbolt II Demonstration Team, stationed out of Davis-Monthan Air Force Base, Arizona, brings the aircraft to air shows around the country to showcase the unique combat capabilities of the A-10 “Warthog.”

They perform precision aerial manoeuvres while highlighting the mission and professionalism of the men and women of the United States Air Force.

Previous Iran threatens to attack Israel if U.S. launches strikes against Tehran using bombers & aircraft carrier
Next Fatal Flaws in Rogue Boeing 737 Max planes which have minds of their own 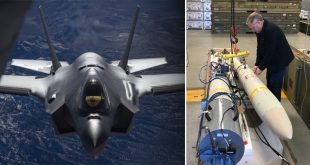