U.S. Marines are practicing seizing small islands as a possible conflict with China looms in the Pacific 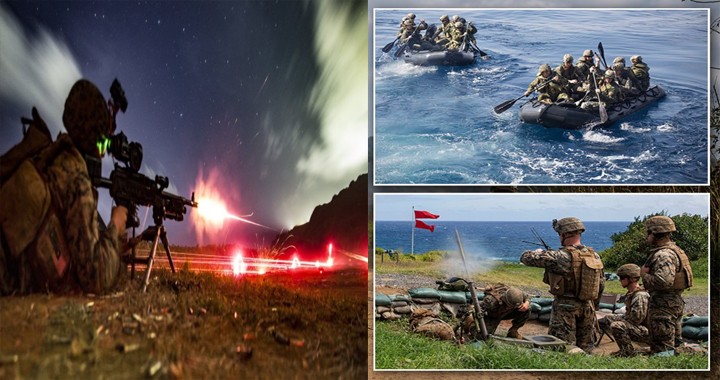 During World War II, US Marines moved from island to island, fighting bloody battles against entrenched Japanese forces determined to dominate the Pacific. Now, as the possibility of conflict with China looms, the Marine Corps is pulling its historical island warfighting mission out of mothballs.

Last week, US Marines from the 31st Marine Expeditionary Unit led a series of simulated small-island assaults in Japan, the Corps announced Thursday.

Marines from the 31st Marine Expeditionary Unit have so far led a series of simulated small-island assaults in Japan. 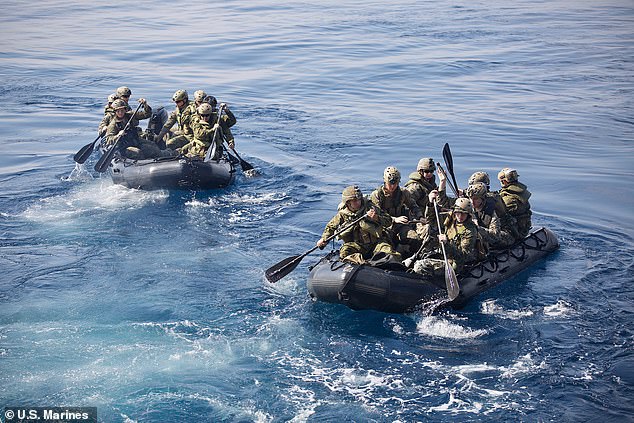 After the Marines ‘seized’ the island’s airfield, troops went on to establish a Forward Arming and Refueling Point. 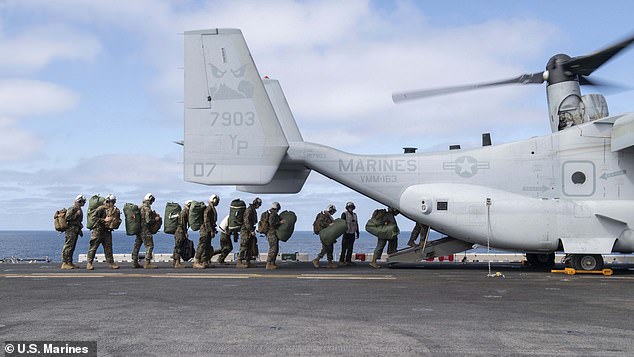 Rocket artillery units were brought in on board the C-130Js and there were simulated long-range precision-fire missions, Stealth fighters also conducted expeditionary strikes with precision-guided munitions 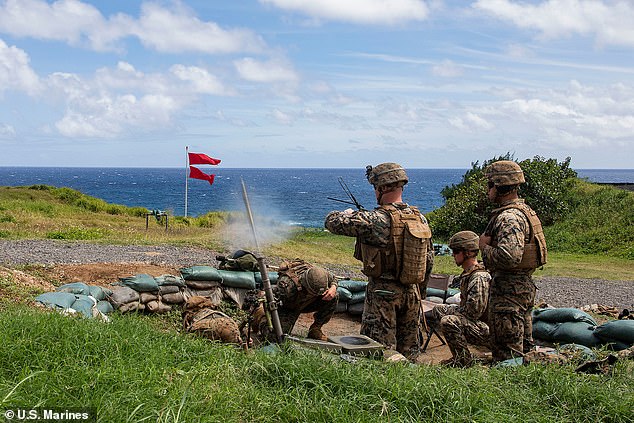 ‘This entire mission profile simulated the process of securing advanced footholds for follow-on forces to conduct further military operations, with rapid redeployment,’ the Corps said in a statement.

‘The exercise was part of the Corps’ efforts to refine the Expeditionary Advanced Base Operations concept, which is the modern version of the World War II-era island-hopping strategy.

‘It is critical for us to be able to project power in the context of China, and one of the traditional missions of the Marine Corps is seizing advanced bases,’ Marine Corps Gen. Joseph Dunford, the chairman of the Joint Chiefs of Staff, told the Senate Armed Services Committee last week.

‘If you look at the island chains and so forth in the Pacific as platforms from which we can project power, that would be a historical mission for the Marine Corps and one that is very relevant in a China scenario.

In the Pacific, China is establishing military outposts on occupied islands in the South China Sea while seeking to extend its reach beyond the first island chain.

The US and Chinese military operations in close proximity to one another but often have conflicting objectives and it is not beyond the realm of possibility that the two nations could find themselves in a shooting war in the South China Sea.