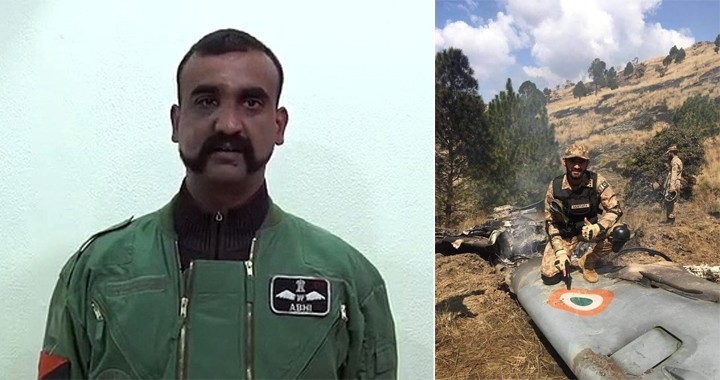 Indian Air Force Wing Commander Abinandan Varthaman whose Mig-21 Bison was shot down on February 27 during a dogfight with Pakistan Air Force jets – could not hear instructions asking him to turn back because his communications system was jammed by the enemy, according to Indian Air Force (IAF) and government officials familiar with the matter who have renewed a long-standing demand for anti-jamming technology.

If his MiG 21 Bison had been equipped with anti-jamming technology, Varthaman may have turned around when instructed to. That would have prevented him from being shot down and taken captive by Pakistan.

This is not the first time that IAF has flagged the need for better and more secure communications. “We may not have lost Wing Commander Varthaman had the drawbacks not been there,” said a senior government official who did not want to be named. The Indian Air Force did not respond to queries.

Responding to the IAF strikes on in Balakot, the Pakistan Air Force (PAF) hit back by sending fighters to hit Indian targets on February 27. Indian fighters chased them away.

At some point, the Indian fighters were asked to “turn-cold” – aviation terminology asking fighters to abandon the chase of enemy aircraft. Wing Commander Varthaman, however, continued chasing the Pakistani fighter. He shot down by PAF JF-17 thunder Fighter jet and taken prisoner.

The Indian Air Force first made the request for better communications in 2005. Making its case then, IAF pointed to new age communication facility such as data link. A secure data link can provide critical details such as the fuel and ammunition available with each fighter.

“The commander exactly knows which fighter needs to fly back to base and which one can be used to engage the enemy,” a serving fighter pilot who did not want to named said. “Importantly, communications cannot either be intercepted or blocked.”

Over four years between 2008 to 2012, IAF tested new communication systems available and made its recommendation to the government.

In 2013, it demonstrated the technology at the Halware airbase in Punjab to the government to underline the requirement and its necessity. Even as the government was making up its mind, the Defence Research and Development Organisation (DRDO) and Bharat Electronics Limited (BEL) made a bid to design, develop and indigenously produce the specified communication sets for the Indian Air Force.

Although, the DRDO-BEL did produce such sets, they did not meet the requirements of IAF. “The sets produced by DRDO cannot be fitted into an aircraft because they are big and call for major changes in the aircraft design,” another government official said on condition of anonymity.

In response to a query, a BEL spokesperson said new communications set “needs to be certified by agencies such as CEMILAC, RCMA, etc, which is a long-drawn process and the same is under progress. This certification is prerequisite for fitment of any aircraft in India.”

The DRDO did not respond to queries. Senior officials in the security establishment, however, underlined that the Naval version of the new communication sets are being inducted whereas the work for the IAF version is under progress. Fighters, unlike warships, have very little space. “In addition, the equipment must not disturb aerodynamics,” one of these officials added.

IAF went back to the government asking for permission to buy a few sets on an emergency basis for frontline fighters. Between 2014 and 2016 there was no response.

Objections were also raised over the acquiring of anti-jamming technology from foreign manufacturers, a third senior official who did not want to be named added.

In 2017, the government finally allowed IAF to acquire the sets from global companies. IAF signed a contract for them in 2017 and new age communication sets are soon expected to be fitted on all fighters.

The soon-to-be inducted Rafale fighters will not have these vulnerabilities.

“The lack of the new systems are a huge disadvantage for IAF. Our communication systems are antiquated as against those of our neighbours. I must underline there was no delay because of the bureaucracy not realizing how crucial the communication systems can be. Organisations like the DRDO must also accountable and they must deliver equipment within the time frame,” Air Vice-Marshal Sunil Jaywant Nandokar said.

Previous Can you live in Antarctica? Here’s Video Explains the Logistics of Living in Antarctica
Next Blue Angels F/A-18 Jets Midair Collision During Tight Diamond 360 Maneuver