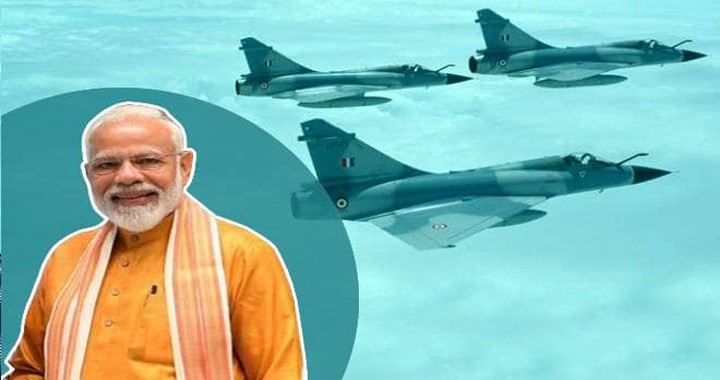 Indian Prime Minister Narendra Modi’s comment in an interview that he suggested that clouds and rain can prevent Pakistani radars from detecting Indian fighter jets during the Balakot air strike has stirred a huge debate, with reactions ranging from criticism to derision.

“The weather suddenly turned bad, there were clouds… heavy rain. There was a doubt about whether we can go in the clouds. During a review (of the Balakot plan), by and large, the opinion of experts was – what if we change the date. I had two issues in mind. One was secrecy… second, I said I am not someone who knows the science. I said there is so much cloud and rain. There is a benefit. I have a pearl of raw wisdom, the clouds can benefit us too. We can escape the radar. Everyone was confused. Ultimately I said there are clouds… let’s proceed.”

When contacted senior Indian Air Force offichttps://twitter.com/Bhayankur/status/1127272153039216641er, a fighter pilot involved in Balakot strikes planning, said : “The radars, most probably Swedish Giraffe, used by Pakistanis can see through the cloud cover, but the kill system or missile (probably RBS 70) used to bring down the intruder is equipped with an infra-red homing head. It is the infra-red seeker that get degraded during cloud cover. And hence the difficulty in knocking out the intruding fighter.”

Humour aside, the comment has also seeded a debate on experts being overruled on such a critical operation, with some alleging a hasty job for votes.

The clouds did, in fact, affect the operation as the Indian jets couldn’t launch six Crystal Maze missiles that day. These missiles were meant to beam back footage as they struck their targets. Though the Air Force did hit targets using Spice munitions, the video feed of the Crystal Maze strike, meant to showcase the destruction of the terror camp, never materialised because of clouds that day.

Experts say ‘reliable’ BDA or bomb damage assessment could not be gathered since the missile with the video feed was not launched due to clouds. Air forces around the world use this assessment to see the results of any air strike.

The 2019 Balakot airstrike was conducted by India in the early morning hours of February 26 when Indian warplanes crossed the de facto border in Kashmir, a disputed region which is claimed by both countries, and large parts of which are controlled by each country. The warplanes dropped bombs in the vicinity of the town of Balakot in Khyber Pakhtunkhwa province in Pakistan, several miles inside the province’s boundary with Pakistan-administered Kashmir.

Pakistan’s military, the first to announce the airstrike on February 26 morning, described the Indian planes as dropping their payload in an uninhabited wooded hilltop area near Balakot.

India, confirming the airstrike later the same day, characterized it to be a preemptive strike directed against a terrorist training camp, and causing the deaths of a “large number” of terrorists.

The airstrikes were the first time since the India-Pakistan war of 1971 that warplanes of either country crossed the Line of Control and also since both states have become nuclear powers.