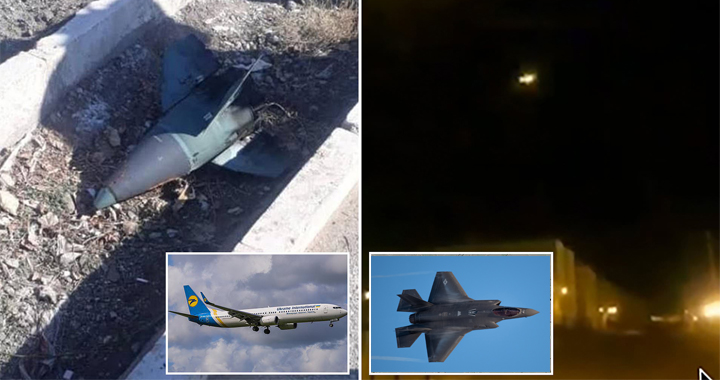 According to The Independent, Russian Foreign minister Sergei Lavrov claims that Iran mistakenly shoots down Ukrainian Airlines Flight 752 after“six F-35 US fighter jets” were sent to its borders.

“This information needs verification, but I’d like to emphasize the nervousness that always accompanies such situations,” Russia’s acting foreign minister, Sergei Lavrov, said on Friday during his annual press conference, in response to a question from The Independent.

“It was a human mistake. Everyone understands that.”

The long-serving minister agreed with Iran’s argument that the loss of life was the direct consequence of the US escalating hostilities between the nations when it killed top Iranian general Qassem Soleimani.

“This act went beyond the realm of international, legal, and simply human, understandings,” he said.

The US decision to assassinate Soleimani on 3 January was followed five days later by retaliatory missile attacks on American airbases in Iraq.

As the passenger plane prepared to take off on 8 January, Tehran was on high alert for the possibility of a second attack.

Incredibly, however, local authorities made the fateful decision not to close civilian airspace.

At 6.14 am, just two minutes after take-off, the Ukraine International Airlines plane stopped sending all data.

It was clear even without later satellite intelligence that a catastrophic incident had occurred. Iran insisted there had been a technical issue. Faulty engines, however – even those on fire – do not take out entire systems. Images of rocket debris, and footage appearing to show a missile strike, offered even clearer evidence of foul play.

Tehran took almost four days to admit that its anti-aircraft systems had mistaken the plane and shot it down in error.