NASA Investigating The First Ever Crime Committed In Outer Space 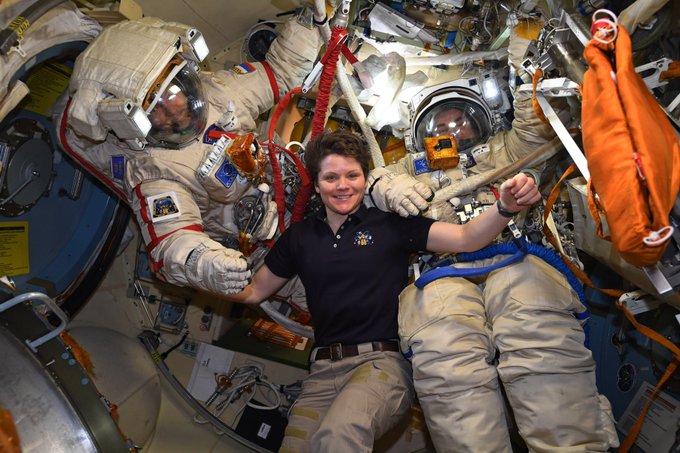 NASA is reportedly investigating what’s said to be the first ever instance of a space crime. According to a report by The New York Times, the space organization is currently looking into a claim that astronaut Anne McClain improperly accessed the bank account of her estranged spouse Summer Worden outside the confines of earth — while aboard the International Space Station (ISS).

Astronaut Anne McClain allegedly told investigators that she accessed her spouse’s bank account while she was on the International Space Station, while they appear to be estranged and in divorce proceedings.

McClain’s wife, Summer Worden, and her parents have filed complaints with the Federal Trade Commission and NASA’s Office of Inspector General related to the alleged identity theft incident.

Summer Worden a former Air Force intelligence officer, allegedly saw that her bank account was accessed from a computer at a strange location. She asked the bank for data on recent logins and the report came saying that one of the locations that accessed her private account was registered to NASA.

McClain acknowledged that she had accessed the bank account from space, insisting through a lawyer that she was merely shepherding the couple’s still-intertwined finances.

The couple had been married since 2014, but Worden filed for divorce in 2018.

There’s unequivocally no truth to these claims. We’ve been going through a painful, personal separation that’s now unfortunately in the media. I appreciate the outpouring of support and will reserve comment until after the investigation. I have total confidence in the IG process.

Investigators from the Inspector General’s office contacted both Worden and McClain to get to the bottom of the first ever alleged space crime.

“I was pretty appalled that she would go that far. I knew it was not O.K,” Worden said.

The five space agencies involved in the space station — from the United States, Russia, Japan, Europe and Canada — have long-established procedures to handle any jurisdictional questions that arise when astronauts of various nations are orbiting Earth together.

Essentially this is it:

“The Intergovernmental Agreement allows the Space Station Partners States to extend their national jurisdiction in outer space, so the elements they provide (e.g. laboratories) are assimilated to the territories of the Partners States.

The basic rule is that ‘each partner shall retain jurisdiction and control over the elements it registers and over personnel in or on the Space Station who are its nationals’ (Article 5 of the Intergovernmental Agreement).”

But Mark Sundahl, director of the Global Space Law Center at Cleveland State University, said he was not aware of any previous allegation of a crime committed in space.

NASA officials said they were also unaware of any crimes committed on the space station.

Since the issue, McClain has come down back to Earth and has denied any of the allegations, she did so in an under-oath interview with the inspector general.

She claimed that she was merely doing what she had always done, with Worden’s permission, to make sure the family’s finances were in order.

“She strenuously denies that she did anything improper,” said her lawyer, Rusty Hardin, who added that the astronaut “is totally co-operating.” Hardin said the bank access from space was an attempt to make sure that there were sufficient funds in Worden’s account to pay bills and care for the child they had been raising.

She had done it repeatedly throughout their relationship, with Worden’s knowledge all along.