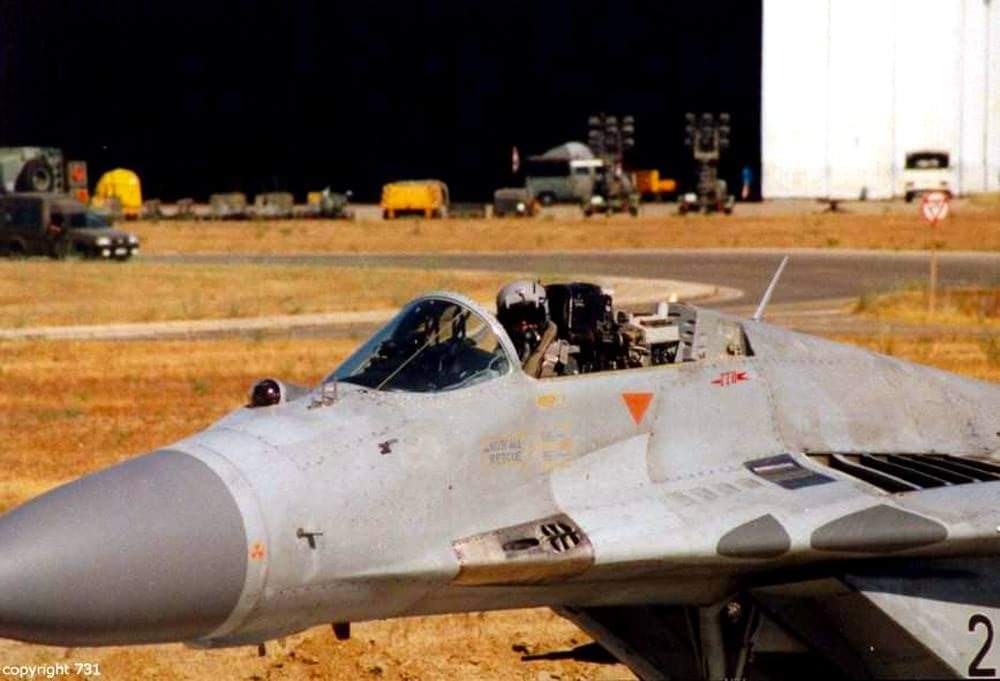 In the above photo, you can see a German Air Force pilot who landed his MiG-29G fighter jet without canopy. Due to some problems during exercise, Pilot loses cockpit canopy, but he managed to land safely,

we are unable to find more detailed about the incident.

After the fall of the Berlin Wall in November 1989 and reunification of Germany on October 1990, the MiG-29s and other aircraft of the East German Air Forces of the National People’s Army were integrated into the West German Luftwaffe.

Initially, the 1./JG3 kept its designation. In April 1991 both 1./JG3’s MIG-29 squadrons were reorganized into the MIG-29 test wing (“Erprobungsgeschwader MIG-29”), which became JG73 “Steinhoff” and was transferred to Laage near Rostock in June 1993.

The Federation of American Scientists claims the MiG-29 is equal to, or better than the F-15C in some areas such as short aerial engagements because of the Helmet Mounted Weapons Sight (HMS) and better maneuverability at slow speeds.

This was demonstrated when MiG-29s of the German Air Force participated in joint DACT exercises with US fighters.

The HMS was a great help, allowing the Germans to achieve a lock on any target the pilot could see within the missile field of view, including those almost 45 degrees off boresight.

However the German pilots who flew the MiG-29 admitted that while the Fulcrum was more maneuverable at slow speeds than the F-15 Eagle, F-16 Fighting Falcon, F-14 Tomcat, and F/A-18 Hornet and its Vympel R-73 dogfight missile system was superior to the AIM-9 Sidewinder of the time, all of the American-made fighters had superior avionics, radar, and beyond visual range missiles.

In engagements that went into the beyond visual range arena the German pilots found it difficult to multi-task locking and firing the MiG-29’s Vympel R-27 missile (German MiG-29s did not have access to the more advanced Vympel R-77 that equips other nations’ MiG-29s) while trying to avoid the longer range and advanced search and track capabilities of the American fighters’ radars and AIM-120 AMRAAM.

The Germans also stated that the American fighters had the advantage in both night and bad weather combat conditions. The Luftwaffe’s assessment of the MiG-29 was that the Fulcrum was best used as a point-defense interceptor over cities and military installations; not for fighter sweeps over victim airspace. This assessment ultimately led Germany to not deploy its MiG-29s in the Kosovo War during Operation Allied Force, though Luftwaffe pilots who flew the MiG-29 admitted that even if they were permitted to fly combat missions over the former Yugoslavia they would have been hampered by the lack of NATO specific communication tools and Identification friend or foe systems.

Beginning in 1993, the German MiGs were stationed with JG73 “Steinhoff” in Laage near Rostock. During the service in the German Air Force, one MiG-29 (“29+09”) was destroyed during an accident on 25 June 1996 due to pilot error. 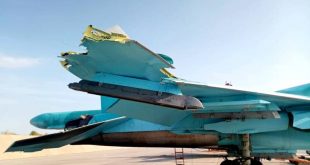