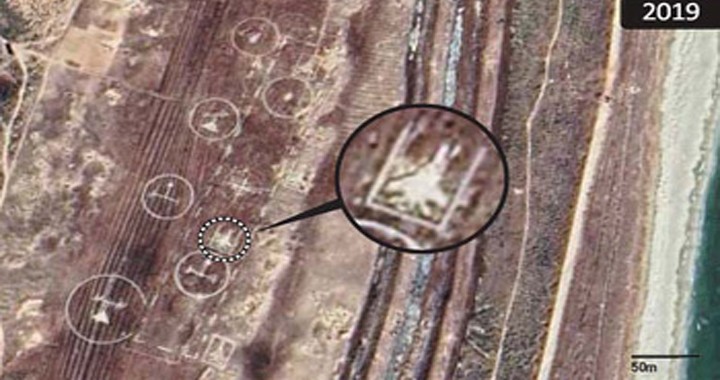 Until recently, the regime had practiced dropping bombs on the bare ground at this shooting range, but it has now started to practice firing at replicas of South Korea’s main fighter jets and missiles.

This suggests that the North is drastically increasing its conventional capabilities behind the scenes while ostensibly concentrating on nukes and missiles.

“We’ve confirmed that the North built what looks like a South Korean air base at a shooting range near Sondok Airport, an AN-2 base, in South Hamgyong Province,” a government official here said Wednesday. “Among others, they’ve made a full-size dummy of the F-15K.”

The regime set them up last year, when denuclearization talks were in progress. “There was nothing like F-15K replicas at the shooting range near Sondok Airport until 2017,” a military source said.

The shooting range is specifically designed for AN-2 jets, which are intended to carry special forces for infiltration into enemy territory at a low altitude. Though it is slow, the AN-2 carrying commandos is capable of flying low between gorges to avoid radar detection.

“The AN-2 is capable of carrying air-to-surface rockets or bombs to carry out bombing missions,” an intelligence officer here said. “It’d be very threatening if it avoids radar detection and drop bombs on our air bases while sending some dozen parachute commandos down to the ground.”

North Korean leader Kim Jong-un has taken a keen interest in the AN-2s and once mounted one himself. The regime continues to improve some 300 AN-2s and displays them during military parades.

North Korea has the fourth-largest conventional military force in the world, and has been ramping up its conflict with both South Korea and the US in recent months. Since July, North Korea has performed six weapons tests as US President Donald Trump hopes to restart peace talks with North Korean leader Kim Jong Un.