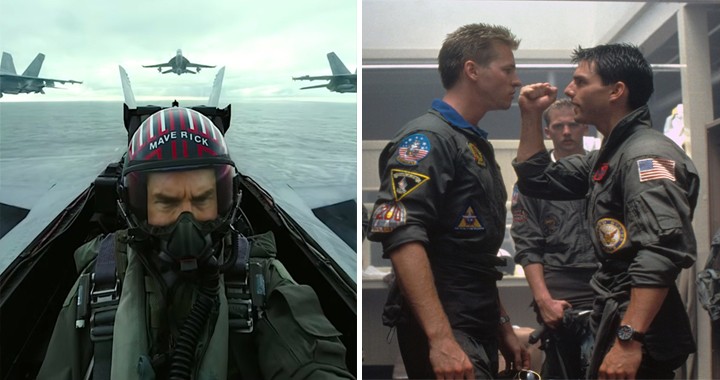 The funny video in this post features an alternate trailer for Top Gun: Maverick and it’s an understatement to say that Tom Cruise is cockier than before.

The official two-minute teaser boasts blockbuster scenes with Maverick taking to the skies in F/A-18 Super Hornet and F-14 Tomcat fighter jets, chasing his need for speed on his motorbike and attending a funeral.

But if you wanted something a little more, well, light-hearted, one savvy person on the internet has created the alternative trailer you never knew you needed.

And it is wild.

The revamped version takes a snippet from the original trailer where Maverick is being scolded by Ed Harris, who says: ‘You should be at least a two-star admiral by now, yet here you are… Why is that?’ Maverick’s response: ‘It’s one of life’s mysteries.’

Cut to the next scene – which definitely didn’t appear in the original trailer – of Mav flying his Super Hornet wildly over a beach, sending sun loungers flying everywhere and drawing a penis shape in the sky.