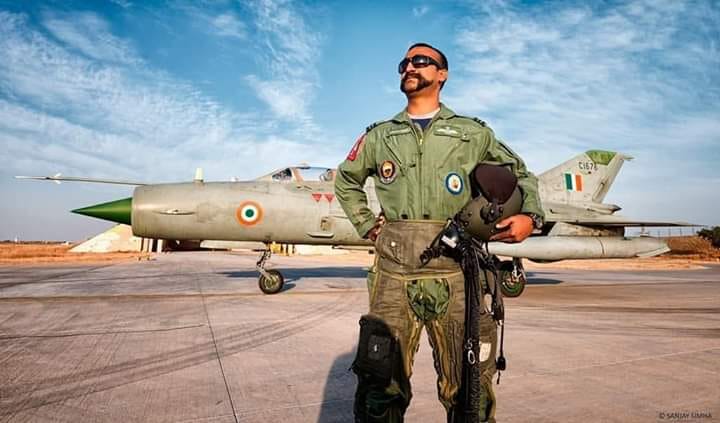 Indian Air Force fighter pilot Wing Commander Abhinandan who became the face of the military confrontation between India and Pakistan in February this year.

Abhinandan had been grounded due to ejection from his MiG-21 which had been shot down in aerial conflict with Pakistan Air Force JF-17 fighter jets.

Abhinandan Varthaman was awarded the Vir Chakra for his role in the 27 February operations.

Having received his medical clearance from necessary authorities, Varthaman has resumed flying operations, continuing to pilot the Mig-21 Bison aircraft. He has posted at a forward base in the western deserts.

Abhinandan Varthama is the son of a retired Air Marshall.

Tensions between India and Pakistan heightened in the aftermath of Pulwama terror attack in which 40 CRPF jawans were killed on February 14.