Taliban attack US-Afghan base, At least 23 killed and 15 injured 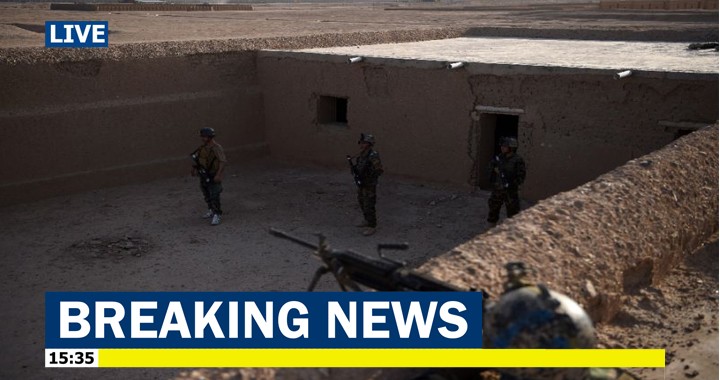 At least 23 Afghan security forces were killed in a Taliban attack on a joint US-Afghan base in southwestern Afghanistan, officials said Friday, as fighting continues amid a pause in peace talks between the insurgents and American negotiators.

“The operation is over — 23 security forces killed, 15 injured and 20 insurgents killed,” said Ghafoor Ahmad Jawed, a spokesman with the Ministry of Defence.

A separate source from the provincial government also confirmed the toll.

Details of the heavy toll from the hours-long assault on Shorab military base – one of the largest military installations in the country – followed earlier claims by local and US officials that Afghan forces successfully repelled the attack, killing four militants.

The pre-dawn assault, claimed by the Taliban, saw militants enter the base in Helmand province and engage in firefights with Afghan forces.

Hours later, Ghafoor Ahmad Jawed, a spokesman with the Ministry of Defence, said: “The operation is over – 23 security forces killed, 15 injured and 20 insurgents killed.”

Omar Zwak – a spokesman for the provincial governor – also confirmed the toll, saying the Taliban deployed at least seven suicide bombers who were killed during the fighting.

The Taliban control or contest more than half of Helmand’s districts and regularly deliver sharp blows to Afghan forces, who have been struggling to hold off insurgents across the war-torn country since taking the lead from NATO forces in late 2014.

The assault on Shorab comes as US and Taliban negotiators in Doha have temporarily halted peace talks, which are set to restart over the weekend.

e next two days for internal deliberations, with plans to regroup on Saturday”.