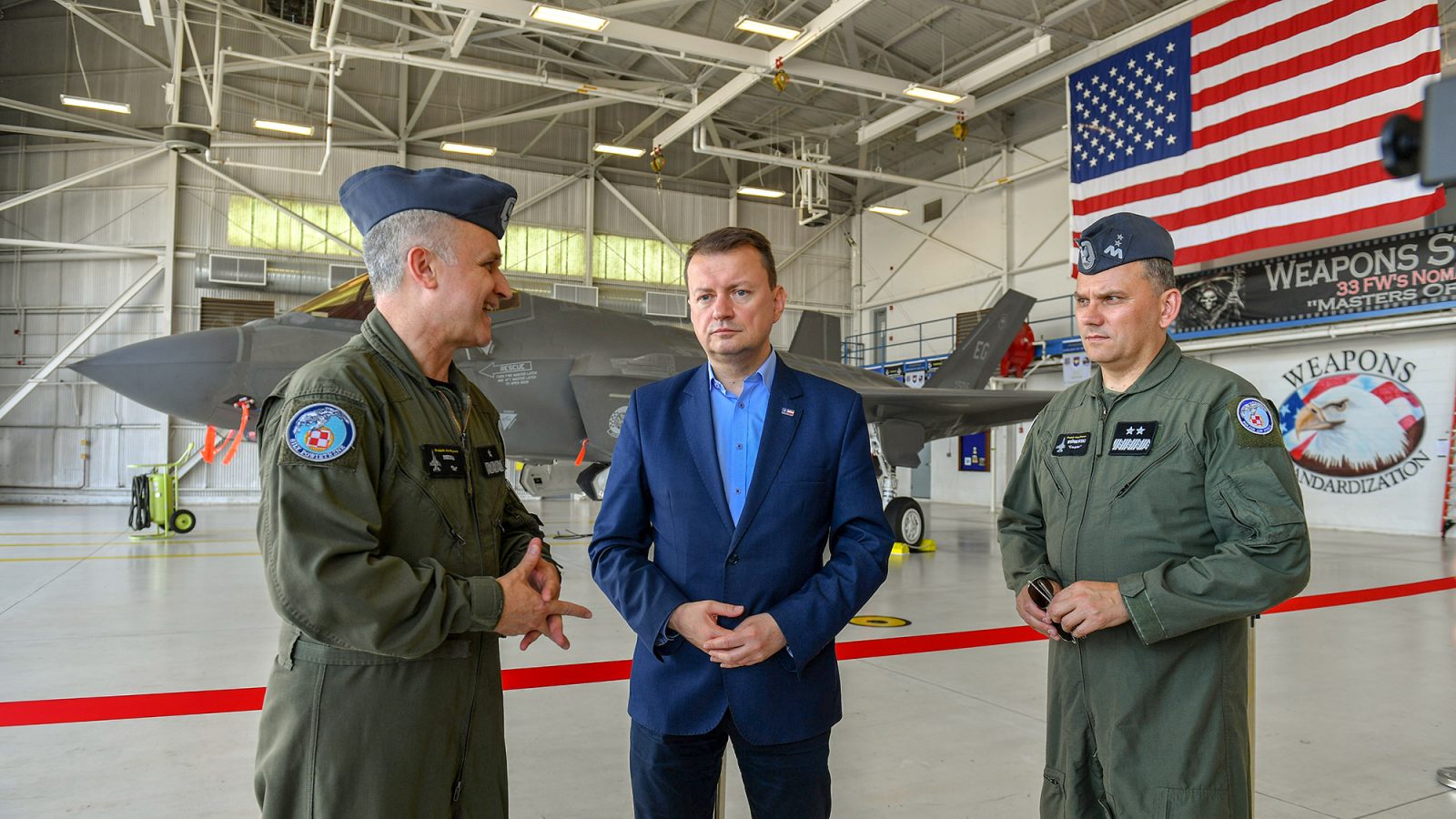 US State Department approved the sale of 32 new Lockheed Martin F-35 fighter jets to Poland for $6.5 billion in early September.

Now According to Polish Defence Minister Mariusz Blaszczak, the US Congress has approved the sale of 32 new F-35 fighter jets to Poland

“The US Congress has approved selling 32 new F-35 jets to Poland,” Blaszczak wrote on Twitter.

“This is one of the last steps prior to signing the contract, but this is not the end of our work yet. We will be conducting negotiations firmly in order to secure the best price,” the minister added.

Blaszczak has expressed hope previously that the final price for the sale will be much lower than the initially negotiated $6.5 billion, and instead will be closer to the price that Belgium paid for its 32 F-35 fighter jets — just over $4 billion.

Along with the fighters, the proposed package includes 33 F135 engines, electronic warfare and C4 systems, access to the fighter’s Autonomic Logistics Information System, a full mission trainer, and other support capabilities.

Lockheed Martin is the prime contractor on the plane, and Pratt & Whitney is the engine manufacturer. The deal will include some form of industrial offset, to be negotiated between the companies and Warsaw at a later date.

Lockheed executives said Poland will get planes with the Block 4 package installed. Greg Ulmer, Lockheed’s vice president and general manager for the program, has expressed an interest in having Poland take part in the industrial base for the planes.

“Once Polish companies are approved as our supplier partners, they could make parts not only for the Polish aircraft but also for those supplied to other countries, such as the U.S. or Japan,” Ulmer said.

However, Poland shouldn’t get its hopes up about becoming a full-on partner with the F-35 Joint Strike Fighter program, as the Pentagon has been adamant that the broad industrial participation program is locked in place.

The F-35’s engine produces 43,000 lbs. of thrust and consists of a 3-stage fan, a 6-stage compressor, an annular combustor, a single-stage high-pressure turbine, and a 2-stage low-pressure turbine.

The F-35 also brings together strategic international partnerships, providing affordability by reducing redundant research and development and providing access to technology around the world. Along these lines, the F-35 will employ a variety of US and allied weapons.

Polish Defence Minister Mariusz Blaszczak has signed a contract worth $4.6 billion under which the …