Trump reportedly signed off military strike on Iran, Then Abruptly backed out with planes in the air 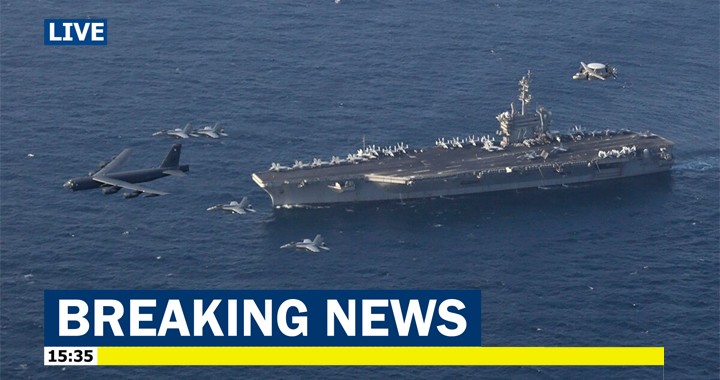 Donald Trump reportedly gave initial approval for the US military to launch strikes on Iran in retaliation for Tehran shooting down an American drone, before pulling back at the last minute.

Planes were in the air and ships were in position, but no missiles had been fired when word came to stand down on Thursday night, the New York Times quoted an unnamed official as saying.

Trump signed off on the plans after consulting with national security and congressional officials, and military leaders reportedly expected the strike to play out.

The attack was nixed as late as 7:00 pm local time, The Times reported.

US officials reportedly wanted to minimize the casualties in the strike. Officials were said to have planned to strike before dawn on Friday and chose to target radar and missile batteries.

The operation was underway in its early stages when it was called off, a senior administration official said. Planes were in the air and ships were in position, but no missiles had been fired when word came to stand down, the official said.

The UK was informed of the US plan for the attack and not told the reprisal raids were off until 3am UK time (10pm ET).

President Donald Trump tweeted on Thursday that Iran made a “very big mistake” when its forces shot down a US drone.

President Donald Trump on Thursday said the public would “soon find out” if the US would launch a military strike against Iran after it shot down a US Navy drone.

But the president also said he found it “hard to believe” that the downing of the drone was “intentional,” despite the fact Iran claimed responsibility. He floated the possibility an Iranian general made a “mistake” in shooting down the drone.