NASA’s space shuttle Discovery took its last flight on April 17, 2012, riding on the back of a modified 747 jet from Kennedy Space Center in Florida to Washington, D.C., where it will go on display at the Smithsonian Institution’s National Air and Space Museum.

The 747 series of aircraft are four-engine intercontinental-range, swept-wing “jumbo jets” that entered commercial service in 1969.

The SCAs were used to ferry space shuttle orbiters from landing sites back to the launch complex at the Kennedy Space Center and also to and from other locations too distant for the orbiters to be delivered by ground transportation. The orbiters were placed atop the SCAs by Mate-Demate Devices, large gantry-like structures that hoisted the orbiters off the ground for post-flight servicing and then mated them with the SCAs for ferry flights.

Here are the amazing Facts about NASA’s Shuttle Carrier Aircraft 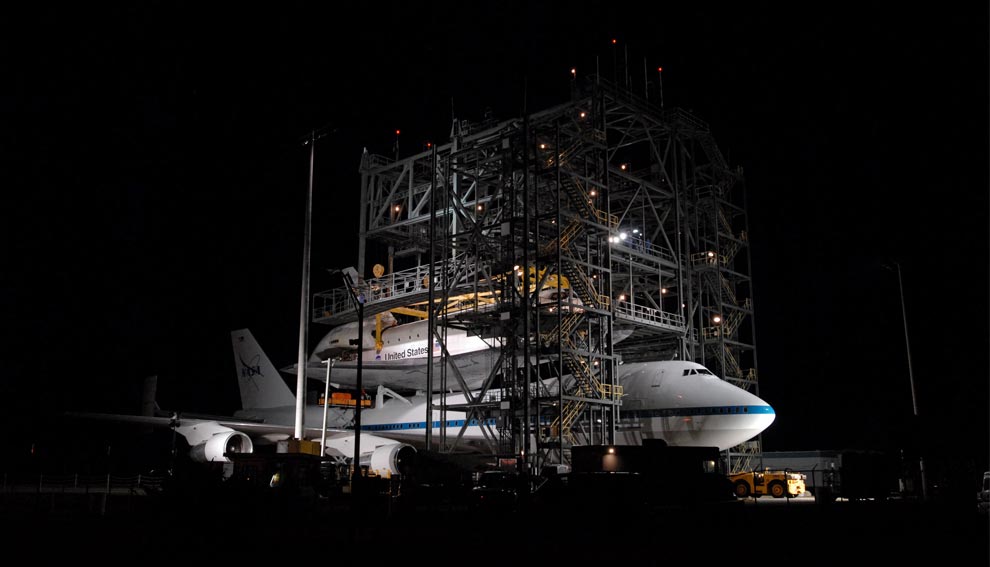 4) The SCAs were planned to be equipped with Aerial Refueling capabilities but because there was no need for it, the upgrade was dropped 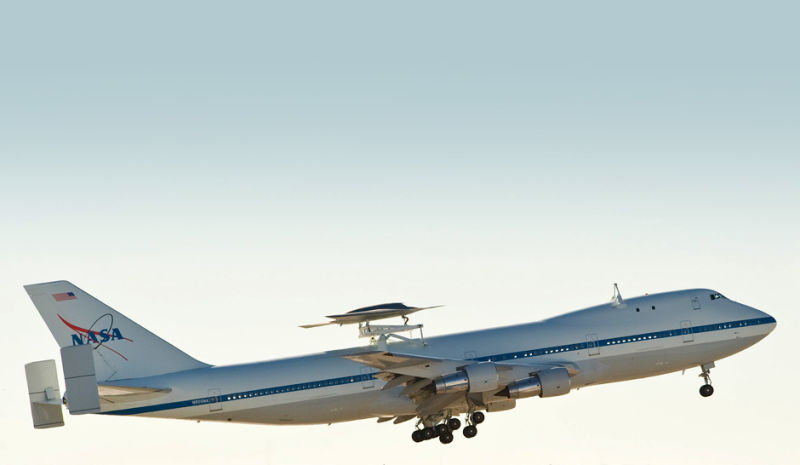 6) In 1983 the SCA flew enterprise on a European tour. It then went to the Paris airshow

7) Features that distinguish the two SCAs from standard 747 jetliners are:

9) The two SCAs were owned and under the operational control of NASA’s Johnson Space Center, Houston.