X-37B Breaks Another Record: 719 Days of Orbital Spaceflight and Counting 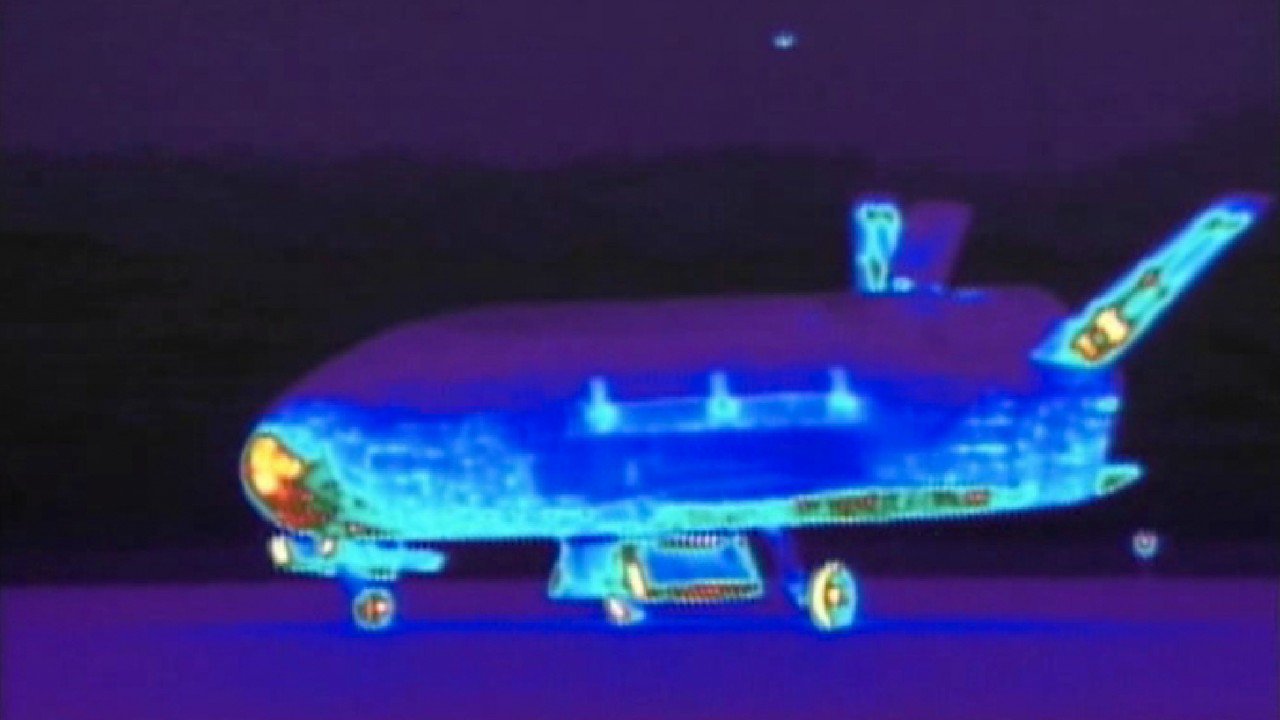 An Air Force X-37B spaceplane just completed its 718th day in orbit, making it the longest mission yet for a secretive military test program.

The US military has launched five uncrewed X-37B spaceplanes into orbit over the past decade, and each flight has been longer than its predecessor.

OTV-5 blasted off from Cape Canaveral atop a SpaceX Falcon 9 rocket on July 9th, 2017.

The current mission has no specified end date, according to Air Force spokesman Major William Russell. The spacecraft will return to Earth only after its completed all its objectives, he said. The details of those objectives remain a closely guarded secret.

According to Space.com the spacecraft is testing the “Advanced Structurally Embedded Thermal Spreader experiment (ASETS-II), which is measuring the performance of electronics and oscillating heat pipes in the space environment.”

ASETS-II might not be the only mission the spacecraft is undertaking. The 29-foot-long spacecraft has a seven-by-four foot payload bay, about the size of a pickup truck bed. As important as ASETS-II sounds, it’s unclear it warrants nearly two continuous years in space all by itself. The Secure World Foundation, a space policy nonprofit, believes the X-37B is used as an “on-orbit sensor platform and technology test bed.” The X-37B could be testing tech for a next generation of spy satellites, returning them back to Earth for tweaking if necessary, or act as a spy satellite itself.

The U.S. Air Force owns two X-37B space planes. Built by Boeing, the X-37B is an unmanned spacecraft that is boosted into orbit atop a rocket and glides back to Earth like the Space Shuttle. Each of the spaceplane’s five missions have been lengthier than the first, starting with 224 days up to the current 716 days.

When the OTV-5 returns from space it will almost certainly land in California or Florida, where previous missions have returned. The spacecraft typically glides to a landing at Vandenberg Air Force Base in central California or the Kennedy Space Center.

In July, an amateur space photographer in the Netherlands snapped the first photos of the X-37B as OTV-5 orbited the Earth. Also that month former Secretary of the Air Force Heather Wilson revealed the X-37B can change its orbit, foiling adversaries trying to track the spacecraft.

The Air Force has successfully flown four X-37B missions, OTV-1 through OTV-4, beginning with its first launch on April 22, 2010 from Cape Canaveral Air Force Station, Fla. OTV-1 through OTV-3 all landed successfully at Vandenberg AFB, Calif., and the most recent mission, OTV-4, successfully landed at Kennedy Space Center, Fla. The first four OTV missions have spent a total of 2,085 days on orbit, successfully checking out the X-37B’s reusable flight, reentry and landing technologies as well as operating experiments to benefit the national space community.

Previous UFO Sightings? No its B-2A Death 11 & 12 Night Arrival at RAF Fairford
Next Scientists Create A Special Polymer Stealthy Glider That Can Self-Destruct When Exposed To Sunlight