One of F-22 Raptor of The Raptor Demo Team jet at EAA Airventure Air Show in Oshkosh showed comparatively extreme signs of corrosion on the upper nose area, right before the canopy. In fact, the section was in such poor shape, that it offered a bizarre and fascinating view of what some of the F-22’s most prominent surface areas are made up of.

As you can see in the images, it’s not just that the surface is corroded, it appears that areas of the radar-absorbent material (RAM) beneath it has fallen away entirely. It almost looks like there are gaping holes in the jet’s upper nose, but that may not actually be the case. If you look closely, it seems like there may be a translucent coating in place over the area that creates a shell or sorts that laminates to the foam-like structure below. Still, the F-22’s nose looks somewhat hollow inside. 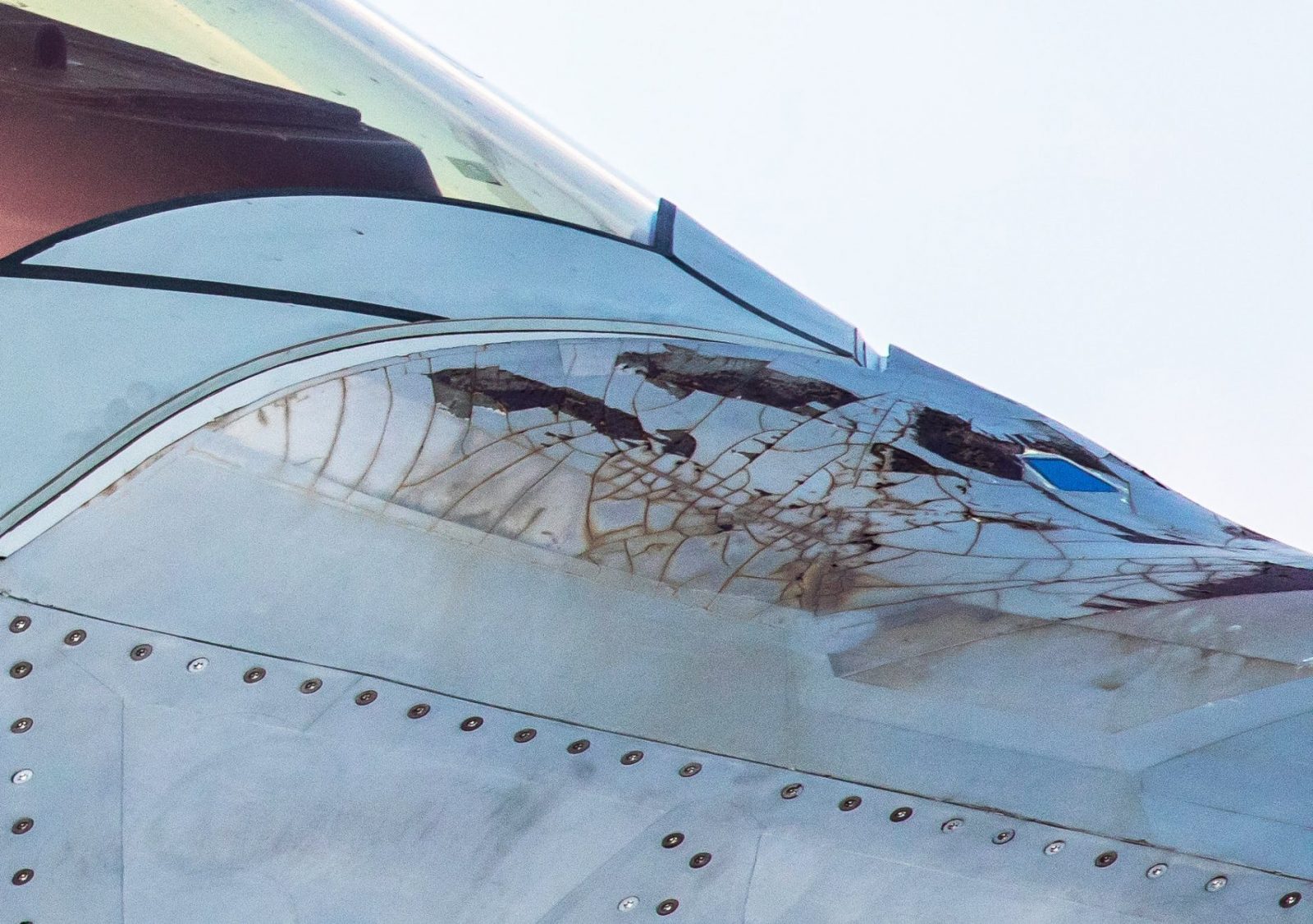 Even the AN/AAR-56 missile launch warning system aperture appears to be at least partially ‘floating’ on this shell-like arrangement. If these were holes and open to the air, one would think the section would quicky rip apart while the jet was underway and cause negative aerodynamic and buffeting effects, as well as other issues. Regardless, we are looking at truly amazing material and construction science that appears downright alien when compared to that of non-stealthy fighters.

This is not the First time F-22 Raptor Stealth Fighter faced Radar Absorbent Coating issue. In 2016, Just two years after the U.S. Air Force’s F-22 Raptor stealth fighter jet made its combat debut in the skies above Syria. The stealth fighter jet maintainers tackled a same issue with the fleet’s stealth coating that, if left untreated, could cause the radar-evading material to peel off the aircraft. Here details about the Incident:

As the Jet belongs to the Raptor Demo Team so for the aircraft that aren’t headed into combat or high-end training scenarios, maintaining the jet’s stealthy skin isn’t as high of a priority. There are different standards of readiness for F-22 skins to be kept at depending on the situation, with its effectiveness slipping a certain percentage before needing time-consuming reapplication.